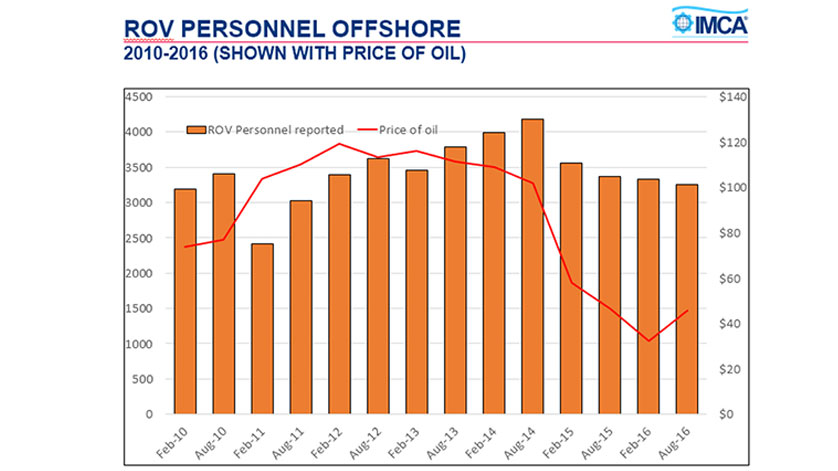 The International Marine Contractors Association (IMCA) has long collected information both on personnel working on remotely operated vehicles (ROVs) and also on the types of ROV in operation. There has now been a thorough reassessment of the original reported data going back to 2010 in order to identify long-term trends.

As Richard Benzie, IMCA’s Technical Director explains: “There has been a clear fall in the number of ROV personnel at work, and the number of vehicles in use since 2015 due to current economic conditions. IRM work has seen the greatest relative reduction, but drill support work and construction have also fallen. Cable laying, and the underlying offshore renewable energy activity, has shown a continued increase in recent years.

Personnel data is categorized according to:

Vehicle data are categorized according to Class of Vehicle: I, II, III, IV, IV according to IMCA R 004 (‘Guidance for the safe and efficient operation of remotely operated vehicles’).

The statistics submitted (31 companies provided 57 responses in 2016) represent personnel and ROVs of IMCA member companies submitting data, and the information is representative of a significant proportion of the ROV industry.