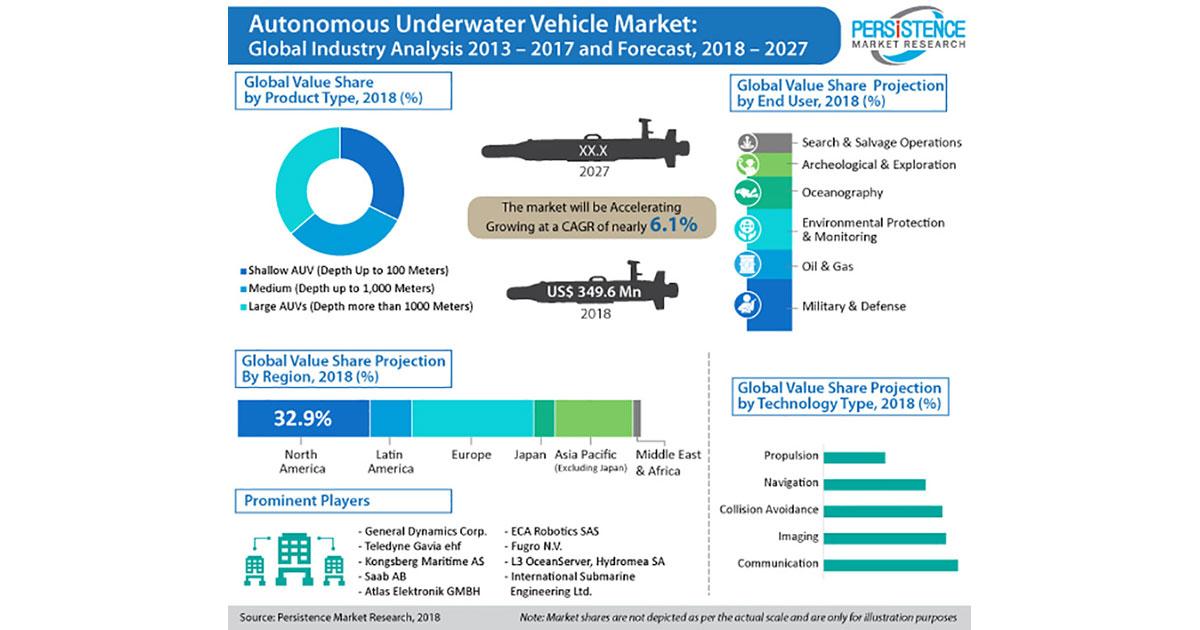 Numerous, if not all, ocean-based or maritime industries depend on autonomous underwater vehicles for the setting up or expansion of the respective industry. Maritime industries are expected to experience significant growth in the coming decade, owing to global economic development and increasing demand.

Industries such as shipping, shipbuilding, coastal aquaculture, fishing, offshore oil & gas, offshore wind, maritime tourism tidal and wave energy are projected to witness robust growth over the projected period, which in turn is expected to boost the demand for autonomous underwater vehicles in the coming years.

Increasing number of research studies pertaining to ocean exploration and sampling as well as substantial growth of the oil & gas industry and scientific research organizations are expected to create a significant opportunity for autonomous underwater vehicles during the forecast period.

These insights are based on a report on Autonomous Underwater Vehicles Market by Persistence Market Research.