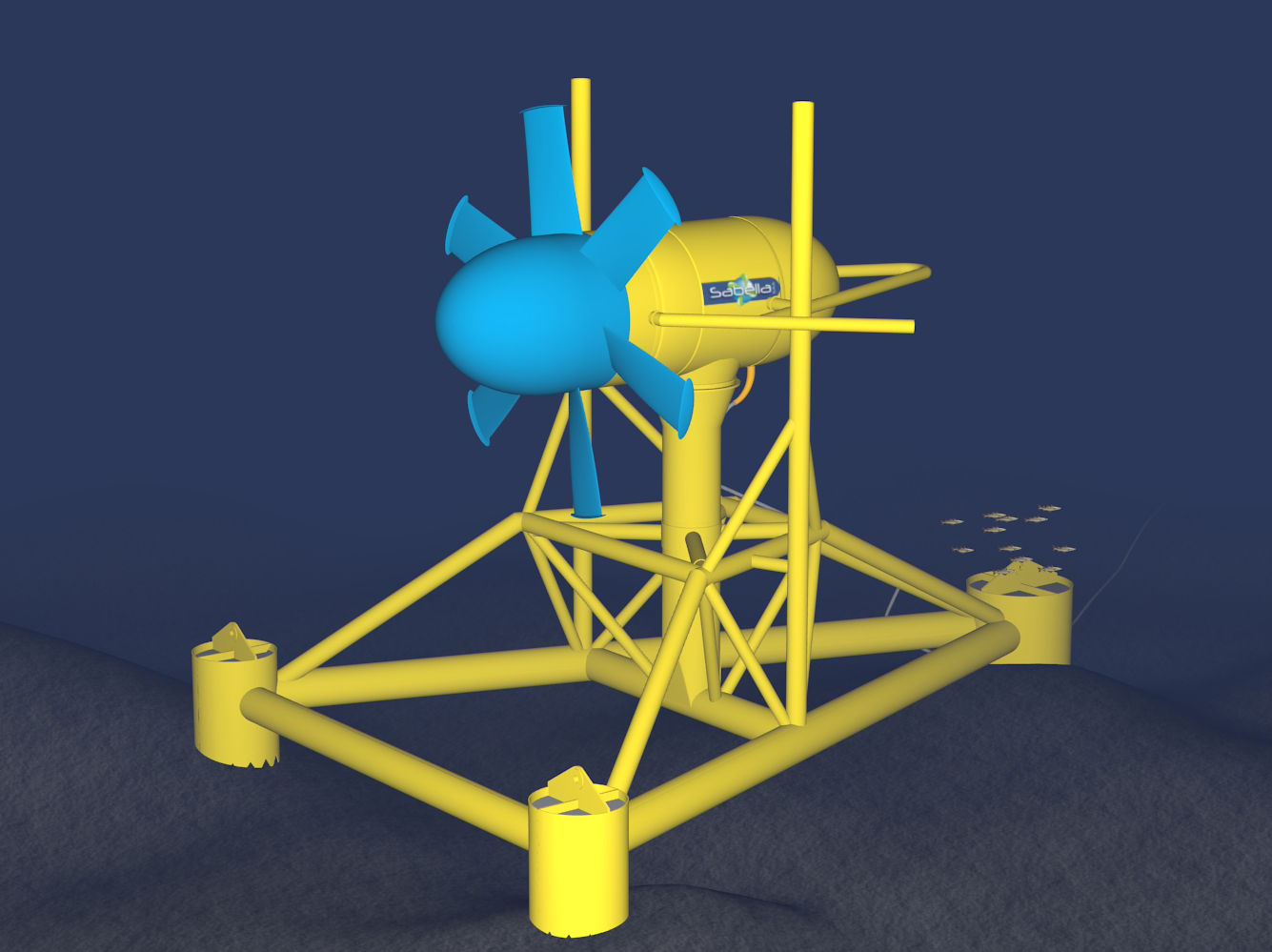 Over the past decade, Sabella has developed an original concept for a screen of tidal turbines positioned on the seafloor. By means of efficient simplicity and robust quality - acting as a guarantee of reliability and low maintenance requirements in hostile environments - the Sabella subsea turbine concept aims to differentiate itself from other technologies emerging around the world.

Pre-orientated in the direction of natural tidal currents and empowered by symmetrical rotor blades, the turbines effectively capture the energy generated by the shift between ebb and flow. The rotor is activated even by modest current motion and powers a generator, which exports the electricity produced to the land based grid via a submarine cable anchored and embedded at its landfall.

MacArtney brings back the power

For successfully transmitting the harnessed tidal power to the onshore grid, the ‘Sabella D10’ relies on a total custom MacArtney subsea connectivity solution. Based on a GreenLink Inline Termination for connecting the turbine to the grid via the dynamic subsea export cable, the solution also comprises a couple of hang-off stress terminations, a custom made flange including various medium and low voltage connectors (Gisma) for the turbine nacelle, a junction box jumper cable and various test cables.