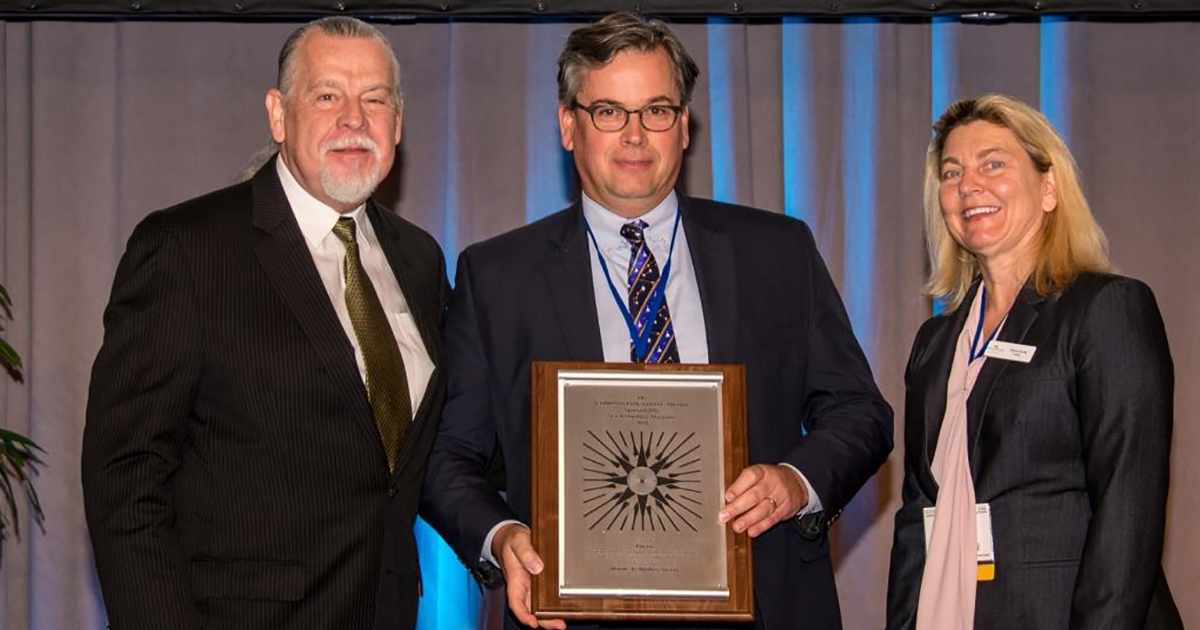 In selecting Fugro for the honor, MTS cited the company’s legacy of marine survey innovation and its industry-leading support of The Nippon Foundation-GEBCO Seabed 2030 Project (Seabed 2030). David Millar, Fugro’s government accounts director for the Americas region, accepted the award. “We are grateful to MTS for recognizing our efforts with Seabed 2030. Given that a significant proportion of Fugro’s work is ocean related, supporting this project is a way for us to positively impact global society and practice good ocean stewardship,” Millar said.

Seabed 2030 is a collaborative project between Japan’s Nippon Foundation and the General Bathymetric Chart of the Oceans (GEBCO). It aims to produce a definitive, high-resolution bathymetric map of the entire world’s ocean floor by the year 2030. The resulting data will be used to inform global policy, improve sustainable use of the ocean and advance scientific research. Meeting the project goal demands strong industry support, as less than 20 percent of the oceans currently is mapped to modern survey standards.

One of the primary ways Fugro is supporting Seabed 2030 is with crowd sourced bathymetry data contributions. In 2017, the company devised a method of operating its vessel-based multibeam echosounder systems autonomously while transiting between marine survey projects. To date, the company has contributed more than 100,000 square kilometers of high-resolution crowd sourced bathymetry to Seabed 2030. Many of these data (specifically those collected along the Western and Northern Atlantic) have also benefited a regional initiative known as the Galway Statement on Atlantic Ocean Cooperation, signed in 2013 between the United States, Canada and the European Union.

“I am proud to see Fugro receive this prestigious award and hope their crowd sourcing approach of using vessels in transit to collect and contribute bathymetry data to Seabed 2030 sets a trend for all other vessels at sea,” said MTS President Donna Kocak.

MTS presented the award, sponsored by Compass Publications, to Fugro during the 2018 OCEANS Conference and Exposition in Charleston, South Carolina, USA.