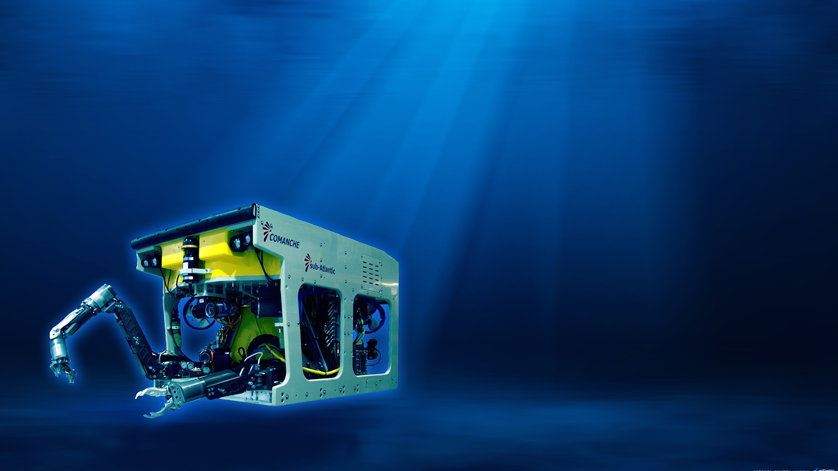 The deal, supported by distributor Scholz Ingenieur Bϋro, will see both systems delivered at the beginning of May 2017 following an optimized manufacturing schedule.

The Forum Sub-Atlantic Comanche was chosen due to its high thrust-to-weight ratio and compact laydown requirements which make it ideally suited for the operating environments expected by Baltic Diver.

Baltic Diver general manager, Eyk-Uwe Pap said: “We have a long association with Comanche vehicles having used them in support of our operations on a number of previous occasions. We have found this ROV to be very capable and reliable and it will be an excellent asset to complement our operational requirements. By investing in our own vehicles, we are in a strong position to capitalize on the increasing opportunities in Baltic Sea windfarm business.”

The Sub-Atlantic Comanche’s will initially be used to support Baltic Diver’s recent contract awards for ordinance clearance and cable lay inspection operations in the Baltic Sea. The second Comanche will be used as a backup in support of the main vehicle.

Malcolm Johnston, sales manager for Forum Subsea Vehicles, said: “Baltic Diver is a highly respected offshore services contractor in Germany. The company has recently expanded its established diving business to offer a comprehensive ROV capability to meet the increasing demand for ROV services in the Baltic Sea. Purchasing two Sub-Atlantic Comanche systems to support these operations is a clear demonstration of their confidence in our vehicles.”

Baltic Diver Germany is an international diving and offshore support company providing diving, ROV and various support services to the offshore gas and renewables industries. They are operating from their own premises including quays at the river Warnow that grant direct access to the Baltic Sea. Baltic Diver’s recent investment in ROV equipment as well as additional offices and workshops in their base in Rostock proves their confidence in their future as an all-round offshore service provider.