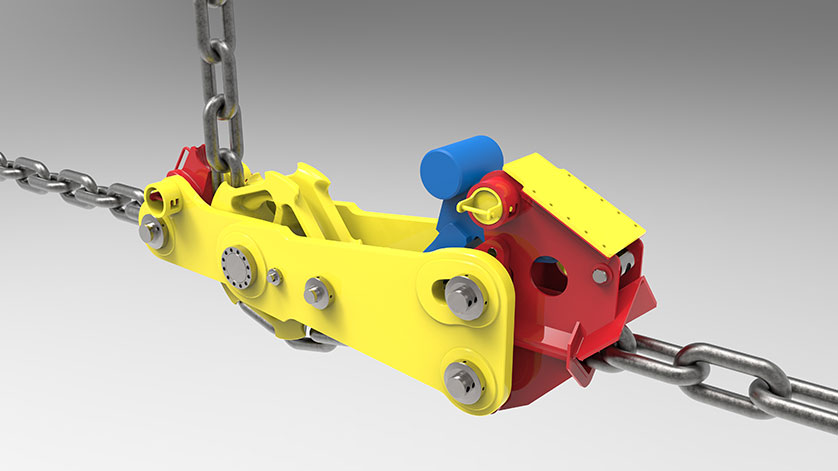 Flintstone Technology, a production technology company for the global energy industry, has developed a new subsea tensioned mooring system that will be officially launched at OTC on Monday.

The new system provides simple connection and disconnection - allowing mooring lines to be replaced in a fraction of the time compared to traditional methods - along with the ability to tension at the seabed or mid-line, whereas traditional mooring line designed for floating production vessels relies on winches and fairleads mounted on the hull.

Flintstone’s new system, which can work in both shallow and deep waters, allows significant weight and cost savings, as well as reduced maintenance and improved safety – one system provided a weight saving of 1,600 tons on the vessel’s hull.

Flintstone, which was recently majority acquired by MacGregor Norway, developed the subsea tensioned mooring system after a client required a simple method to be able to change out mooring lines.

Andrew Clayson, Managing Director, Flintstone Technology, said: “By taking into account all aspects of a system - from installation and re-tensioning in-service, to the need to change mooring lines - we have been able to substantially reduce both the capital expenditure and the system’s ongoing running costs.”

Since it was established in 2012, Flintstone has worked to challenge, improve and deliver innovative technology that delivers capabilities far beyond what was previously thought possible.

Mr. Clayson added: “We are a small but ambitious and smart team with very competent and innovative engineers. Working on projects, we always strive to find ways to add value for customers. This can often involve challenging existing solutions and looking for ways to improve.”