Before 1970 the widely accepted solution for disposal of old munitions, typically called unexploded ordnance (UXO), was to dump them into rivers, lakes and oceans. Today we know this creates a multitude of problems, the worst of which are pollution and the risk of an explosion.

Many people have already lost their lives to these underwater booby traps. The uncertainties surrounding their precise location and degree of decomposition, makes attempting to recover these dangerous devices an even more difficult task. 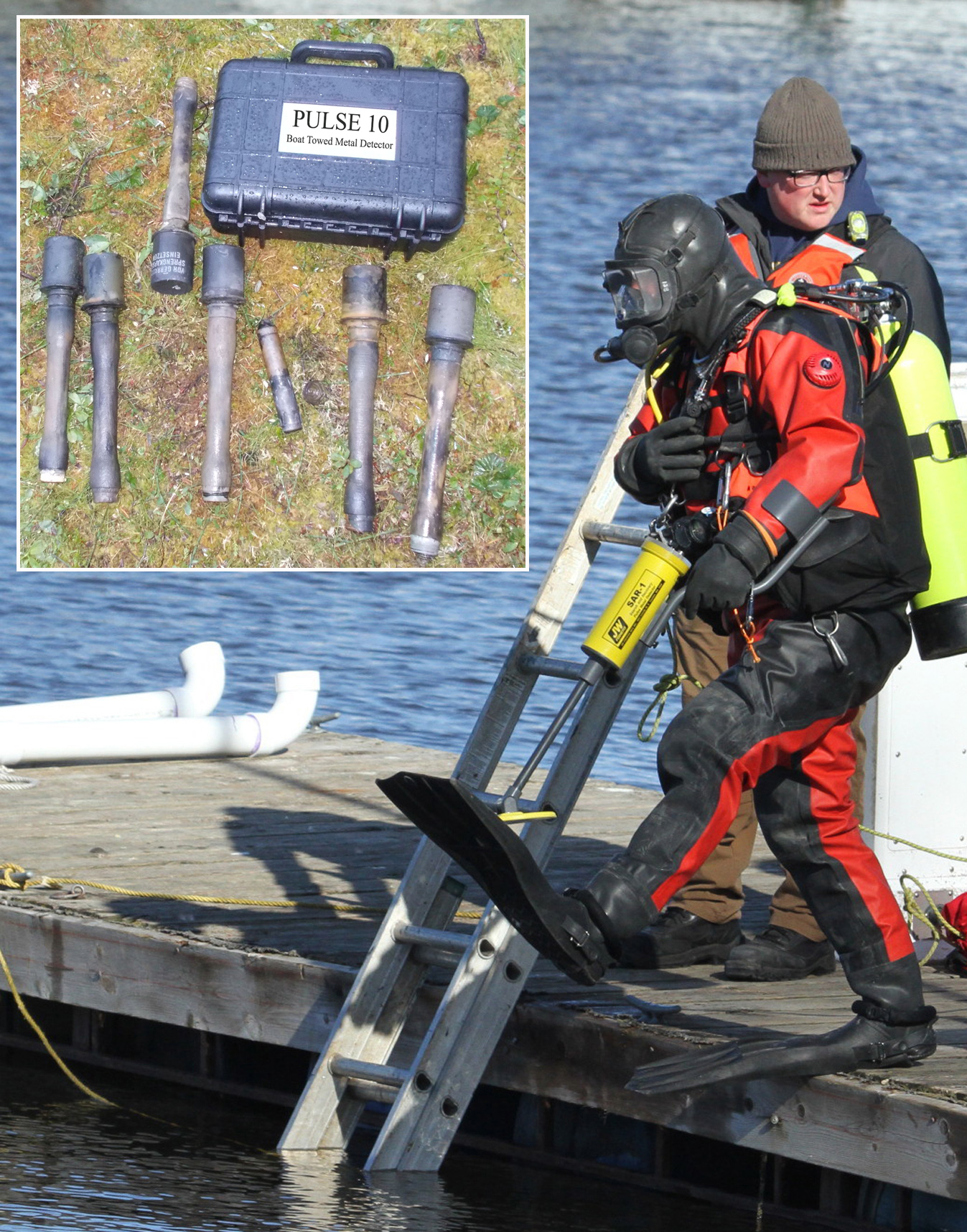 Several international organizations have been formed to address the problem of UXO on land and underwater, and a variety of tools and techniques are being employed to locate and remove them. One of the groups working the problem is the Japan Mine Action Service (JMAS), a non-profit engaged in humanitarian activities to create better and safer living conditions. Since its inception in 2001, JMAS has implemented UXO clearance projects in a host of countries from Japan to Afghanistan. JW Fishers Pulse 12 boat-towed metal detector is assisting in these operations. The detector will locate both ferrous and nonferrous metals, an important feature as munitions can be made of a variety of metals including brass and steel. It’s large rectangular search coil can find metal buried up to 16 feet, and the Pulse 12 works equally well on land and in the water. With three detection heads attached to the master control console, an area up to 72 feet wide can be swept in one pass; saving time, fuel, and manpower. To inspect sites on land, the coil can be mounted on the front of an ATV or other vehicle allowing large areas to be swept quickly. This powerful machine is now helping a JMAS team uncover lethal UXO in Palau reports representative Terada Yasuo.

Another organization using Fishers equipment in a similar operation is the Regional Centre for Underwater De-mining (RCUD) in Montenegro, which was part of the former Yugoslavia. A bloody civil war in the 1990’s left the country littered with unexploded ordnance and waterways unsafe to travel because of many scattered mines. After numerous fishermen and boaters were killed from these deadly devices, RCUD acquired a Fisher side scan to help locate the mines. The operation was a success. With the help of the sonar and trained divers, many explosives were found and removed from the country’s lakes and rivers. Today the sonar is being used for more peaceful purposes. RCUD is working in cooperation with RPM Nautical Foundation and the Center for Conservation and Archaeology to locate historic shipwrecks and map other underwater sites of significance.

Evgeniy Pozharsky is a Polish patriot. He has taken it upon himself to try and locate and remove as many UXO as possible from his native land. Using his Fisher Pulse 10 metal detector with a detection range of over 2 meters, Evgeniy has searched lakes, rivers and fields all over the country. Through hard work and dogged determination he has been able to locate a and recover a significant number of WWII munitions from sites on land and underwater. Evgeniy has put his life on the line to ensure no one else will be killed or injured by these perilous weapons.

Law enforcement agencies around the world are acquiring underwater metal detectors (UMD) to ensure their dive teams have the right equipment to effectively do their job. An essential tool for locating evidence disposed of in a waterway, metal detectors routinely assist public safety divers in finding weapons, shell casings, stolen objects, and explosive devices. UMD are so effective, and their use has become so widespread, that agencies training public safety divers are developing courses on how to best utilize these devices. Dive Rescue International in Colorado and Lifeguard Systems in New York offer courses in aquatic preparedness to ensure public safety dive teams respond effectively to water incident scenes. Their instructors combine knowledge with experience in the use of state of the equipment. The detectors both companies are using in their evidence recovery training are JW Fishers Pulse 8X.

Goodhue County Sheriff’s Office in Minnesota is employing this technology in their underwater search operations. Dive Team Leader Steve Sutton-Brown reports using Fishers new SAR-1 detector in arecent training exercise. “We’re regularly called on to search for evidence such as guns, knives, bullet casings, etc. We generally dive in visibility that is zero to one foot, which is one of the reasons we choose this machine. In this exercise we planted a pistol on the lake bottom. The diver was given only an approximate area of where the weapon might be, just as would happen in a real call out. Although visibility was almost zero, each diver was able to quickly located the weapon. The high intensity LED light bar was fairly easy to see and the vibration feature was appreciated by all. We really like that there are no exposed wires since we already have enough entanglement issues to deal with. The consensus is; the SAR-1 works awesome!”