Film-Ocean is a Big Fan of the Saab Seaeye Falcon 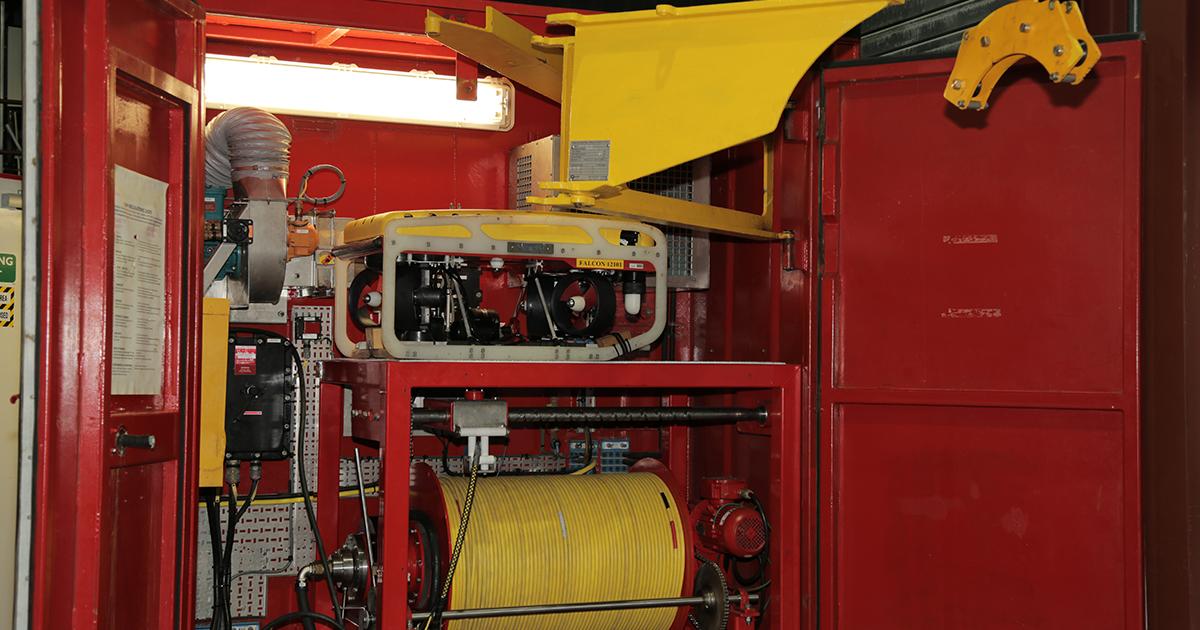 Independent subsea contractor, Film-Ocean, has ordered its 10th Saab Seaeye Falcon making them one of the biggest fans of the world’s most popular underwater robot.

“To reach the milestone of our 10th Falcon ROV is an incredible achievement and it has been a great opportunity to further build our relationship with Saab Seaeye. The latest deep rated Falcon is a welcome addition to our existing fleet and will further enhance our commitment to provide innovative subsea solutions to our clients, says John Bloomfield, Global Business Development Manager at subsea contractor, Film-Ocean.

He goes on to explain Film-Ocean’s specially devised deployment methods.

“As well as utilising our collapsible Launch and Recovery System (LARS) which has allowed us to deploy the Falcon from some tight positions, on both oil platforms, FPSO’s and wind farm installations, we have also incorporated a Falcon in our containerised system, which has a combined zone II control room and integrated LARS with 1100m of tether.”

Film-Ocean have developed and patented a chain measuring system for FPSO and Offshore Wind Farm mooring systems which is easily deployed with the Falcon providing results in real time and is accurate to 0.1mm.

Saab Seaeye says that the versatility shown by Film-Ocean’s engagement of the Falcon, demonstrates the success of the design’s concept that has made it the most popular underwater robotic vehicle of its class in the world.

Apart from its proven reliability, operators find a key advantage of the Falcon’s iCON intelligent power and control architecture, is its high manoeuvrability and steadiness in strong crosscurrents, whilst undertaking exacting tasks with steadiness and precision.