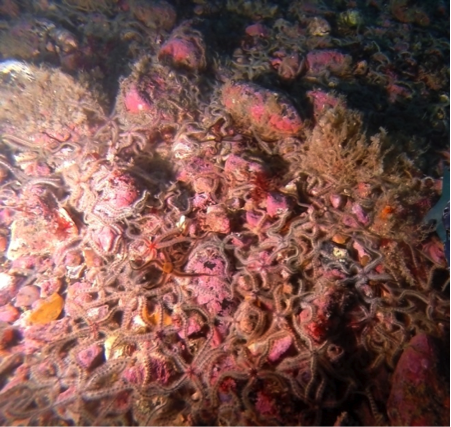 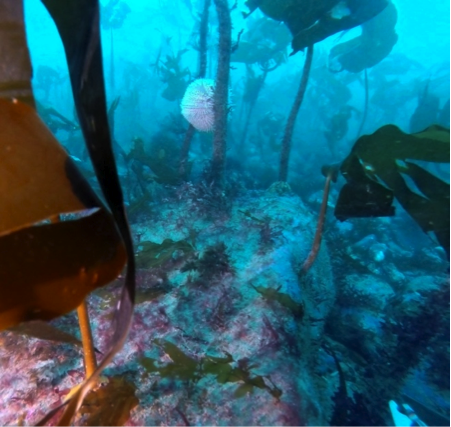 Photos show quality of habitat images taken by the HD camera aboard the Falcon ROV.

Daniel Brutto, general manager at Marine Ecological Surveys (MESL) explained that a detailed benthic characterisation survey of the habitats and species was necessary to predict the likely impact of the proposed development of the array on the marine environment.

He explains that the survey, apart from being required by government agencies to evaluate the affect of the proposals on the marine environment, also helps engineers refine their plans for site location and determine cable runs by identifying the routes least likely to impact the environment.

He also says that considerable savings in field work costs come from providing such ground-truthing data.

As such tidal sites are chosen for their high-energy nature, they bring challenges in the shape of high winds, high tides and strong wave energies, declares Daniel Brutto.

Consequently, the MESL team had to work within a single neap tide window whilst surveying 40 sites over a three-day period.

With time so critical the cost implications of missing the tidal window and remobilizing a stood-down vessel or keeping it on standby, were considerable.

In such circumstances they needed an ROV operator able to master difficult sea states and work to deadlines. Their choice was Roving Eye Enterprises who are based in the Orkney Isles in the far north of Scotland, and have long experience of working in harsh and demanding sea conditions whilst undertaking precision filming tasks.

For the project, Roving Eye added a high definition camera to their Falcon ROV and spent the three-day window filming at the 40 locations whilst sending the data topside to a team of MESL marine scientists on board the vessel, who were also directing the survey.

As the images had to be of extreme clarity for observation and record purposes, it was essential that the Falcon provided a stable platform for filming whilst overcoming the effects of strong currents and turbulent waters.

“The place is deep and very tidal,” he says, “with tides running at five meters a second, so we quickly had to learn the slacks and eddies across the 40 locations, and still work in currents running at over two knots.”

He said it was the exceptional thruster power and agility of the Falcon that enabled it to stay steady whilst filming.

The reduced drag of the ROV’s thin umbilical was also beneficial when working in high current areas.

Importantly, he says, worries about working in a tight window of opportunity were assuaged by the reliability of the Falcon that operated tirelessly without any downtime over the whole three days. This is typical of the reliability that Keith Bichan has found in the many years he has operated the Falcon.

Daniel Brutto added that the Falcon ROV was a more effective choice for countering the tidal energies of the site compared to using a dropdown camera. Such a camera would have resulted in shorter operational opportunities, a more prolonged and expensive survey, and lessor quality data.

He concludes that the data gathered by the Falcon has helped their client both in the engineering of the site and in characterising habitats off Torr Head by building an understanding of their complexity and distribution, and by developing an important habitat map of the area.