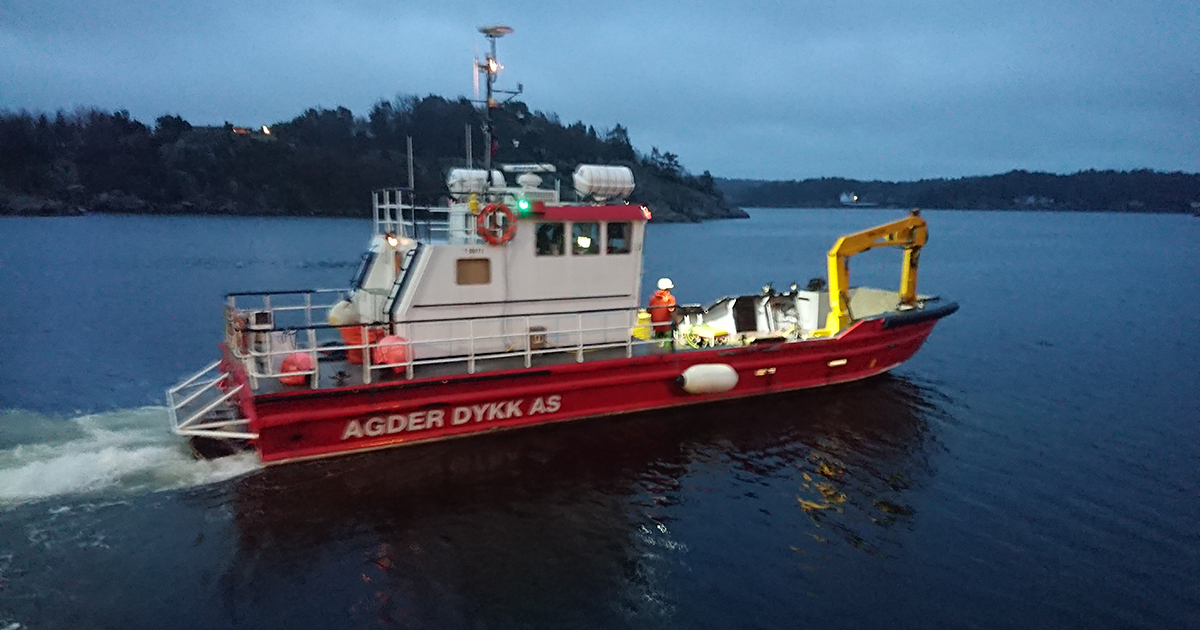 Falcon ROV to survey Norway’s harbors to provide data for the authorities on the status of sediment built up over decades of environmentally polluting activities. 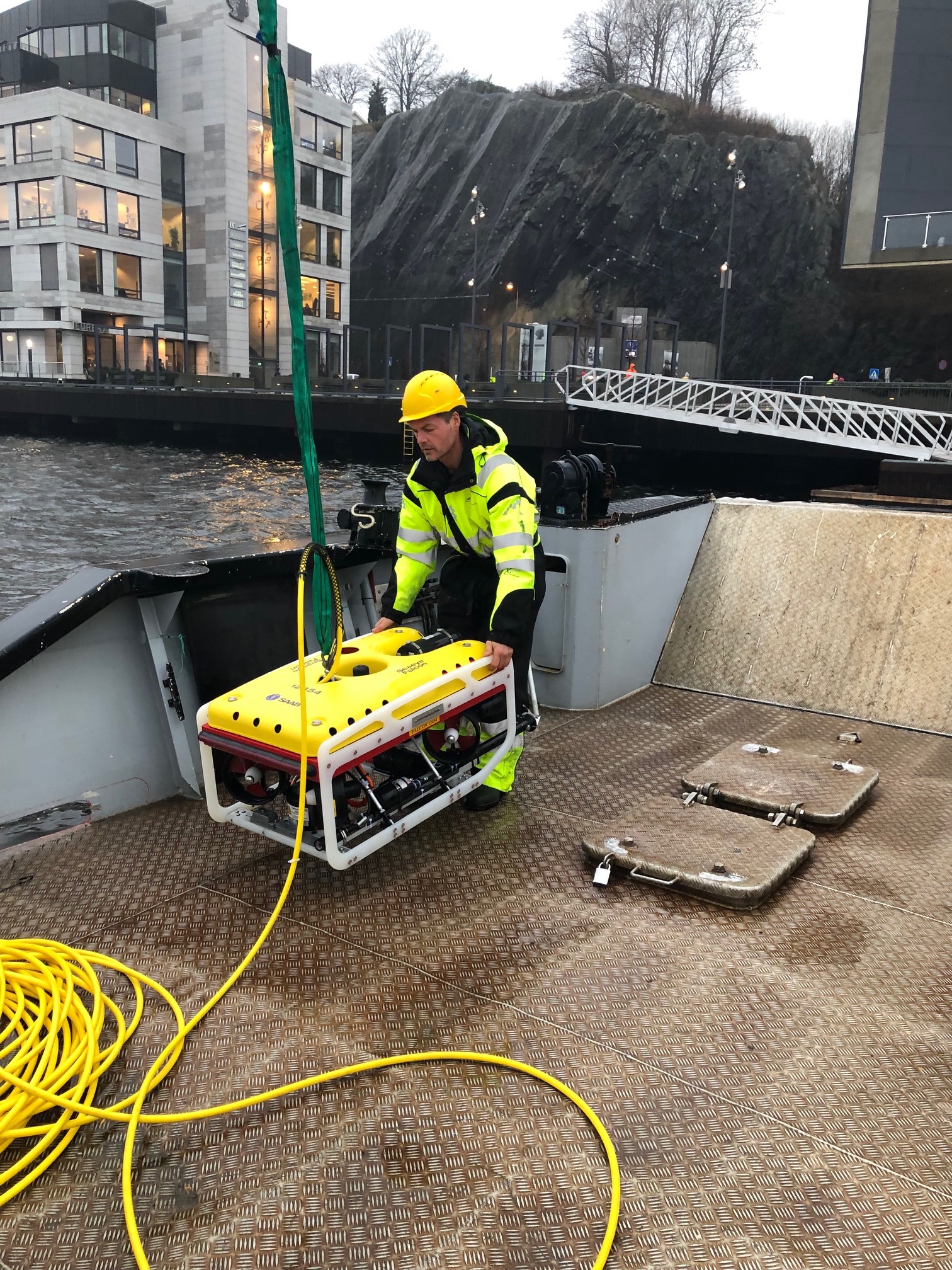 Falcon – the world’s most successful robotic vehicle in its class, aboard an Agder Dykk vessel.

Norway’s Agder Dykk, is extending its scope of operations in the region with a new Saab Seaeye Falcon, the most successful underwater robotic vehicle of its class in the world.

An early task for Agder Dykk’s Falcon is a survey of Norway’s harbors to provide data for the authorities on the status of sediment built up over decades of environmentally polluting activities.

In addition to this task, Agder Dykk will extend their Falcon’s role across a wide scope of operations in the region to include multibeam survey, construction work support and inspection of cables, pipes and moorings, together with inspection of infrastructure for the Norwegian authorities.

In pursuit of its activities the Falcon will be sent on underwater tasks in seawater, inland lakes and also rivers in the lowlands and at higher altitudes.

The Falcon will also be deployed in support of deep tunnel operations by Agder Dykk’s subsidiary company, Norwegian Tunnel Inspection AS, who specialize in ultra-long tunnel inspection at hydroelectric power plants.

Agder Dykk’s operational manager Leif Brunvoll, says they chose the Falcon for its trusted familiarity and because it is the right size vehicle for easy handling, with a flexible control architecture for fitting the wide range of tooling and sensors needed to undertake all the tasks envisaged.

The Falcon’s iCON intelligent control architecture provides each device on the vehicle with its own microprocessor, thereby allowing tools and sensors to be easily added or changed, and custom options to be integrated. The iCON control also offers high manoeuvrability and precise positioning in strong currents.

Its worldwide success comes from packing a pioneering intelligent control system together with five powerful thrusters into a metre sized vehicle capable of reliably undertaking an extremely wide range of tasks in challenging conditions.