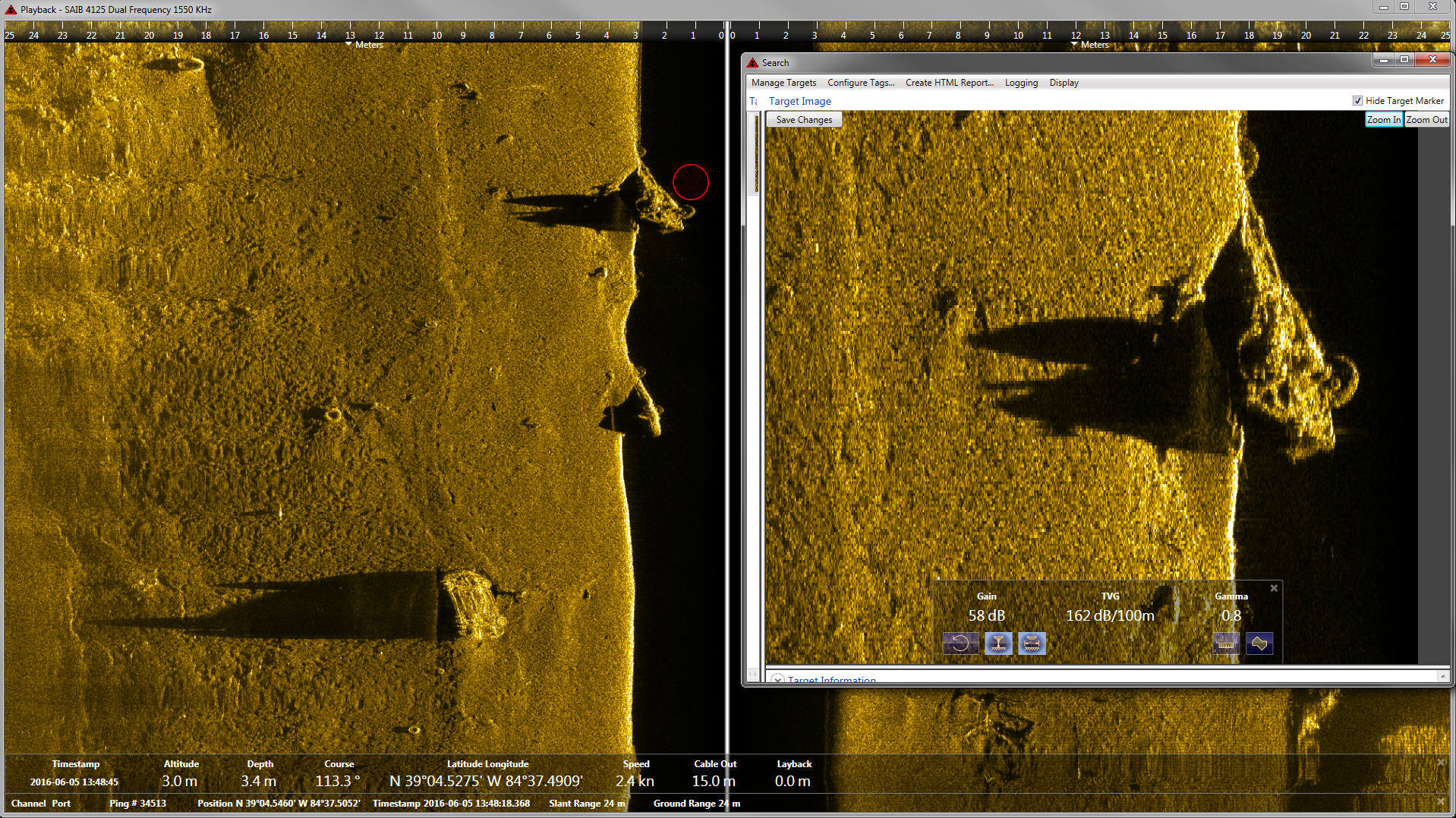 EdgeTech, a leader in high resolution sonar imaging systems and underwater technology, recently delivered a 4125 Side Scan Sonar system to Boone County Water Rescue and the system was immediately deployed in the region.

Boone County Water Rescue, established in 1967 and located Burlington KY has a long and successful history operating side scan sonar systems. The organization is known for their professionalism, record of success and responsiveness to incidents. The team is often called on to assist with water-related accidents in counties around the area.

The system provides high resolution imagery and dual simultaneous frequency operations resulting in exceptional range and resolution underwater even in challenging conditions. After delivery of the EdgeTech 4125 the company also provided on-site training for Boone County Water Rescue. During training operations one member of the team stated he had “never seen underwater image quality and resolution like the 4125 produces”.

Upon completion of the training session the Boone County Water Rescue team immediately started utilizing the new EdgeTech 4125 system weekly for bridge and pier surveys. Also very shortly after receiving the new equipment Boone County Water Rescue was called on to find a missing person in a nearby waterway. Using the new equipment, the team completed their task without hesitation and brought an emotional, but important closure for family members.