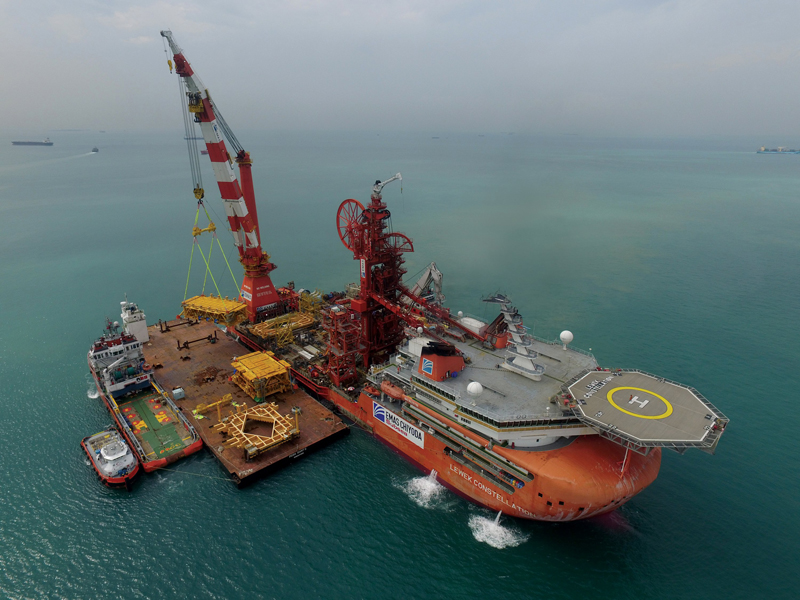 A major metrology campaign conducted off the coast of Western Australia has been completed in just 26 hours thanks to the time saving features offered by specialist survey software supplied by subsea technology company Sonardyne International Ltd, UK.

Underwater metrology requires accurate, precise and robust measurements which are critical for successful fabrication and installation of spools and jumpers. Surveyors estimated that to gather the 10 metrologies at Julimar could take anywhere between 60 and 80 hours. By opting to use Sonardyne’s Connect software package to streamline the process, the entire operation was subsequently completed in just 26 hours.

Connect was developed in partnership with survey engineering company, 4D Nav, and speeds up metrology campaigns by introducing expert settings, automated data collection and robust processing of acoustic measurements from planning through to report delivery. Not only does Connect help users’ save time and money, it also reduces the risk of spool pieces being fabricated incorrectly.

The work at Julimar was conducted from ECS’ heavy lift, deep water, multi-lay vessel Lewek Constellation, operating with Sonardyne’s 6G (Sixth Generation) acoustic positioning transponder hardware. These were deployed on the seabed and placed in survey receptacles attached to the various structures. The design of the ROV-friendly transponders enabled them to be moved around the site and easily and precisely aligned relative to each structures’ north.

Connect’s ability to edit the sound velocity applied to individual and groups of baseline observations and reprocess multiple metrologies to evaluate the effect of the changes with a few mouse clicks, proved invaluable to the ECS team. Once the data QC was completed, each spool metrology was processed and a final report generated which contained a summary of the results including hub-to-hub horizontal distances, slant range, depth differences, attitudes, plus details of the calculations to support the results.

Speaking about the success of the Connect software utilized during the Julimar project, Gerry Quinn, Survey Manager (Operations) with EMAS CHIYODA Subsea said, “Our team were blown away with the speed in which these metrologies were undertaken – in particular the unprecedented time of 26 hours total to measure five 30 meter vertical jumpers (Manifold to Wells) and five 80 meter horizontal jumpers (Manifold to Manifold to PLEMs) in 80 meters water depth. The 4-man Survey team conducted not just the metrology, but the overall operations as smoothly and as efficiently as one.”

Sonardyne Sentinel: Closing The Gap In U

Noble Globetrotter I Upgraded to Latest

EMGS Increases Its Investment with Sonar