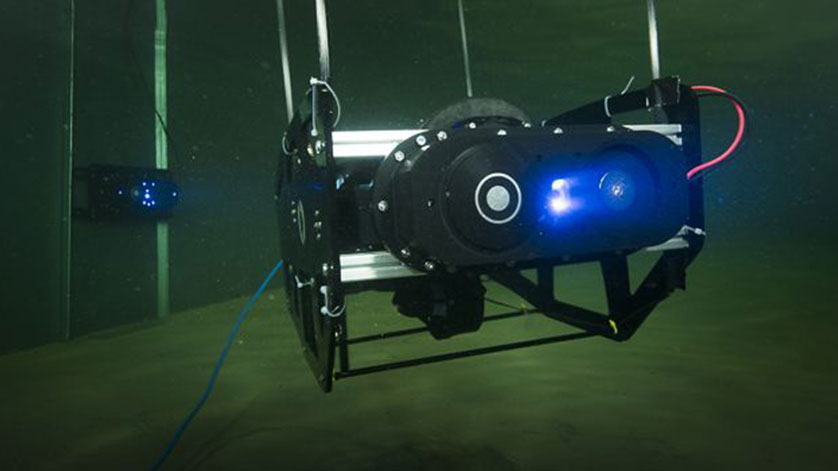 The Technical University of Denmark has inaugurated a laboratory where researchers will complete a modular robot for use in e.g. offshore wind turbine platforms. The robot will be used for inspection, and the long-term vision is that it will be able to carry out underwater repairs on foundations and rigs.

There is a great need for a small, flexible, and highly robust robot that can operate under water when inspecting offshore wind turbines and oil rigs. As things stand, an ROV (Remotely Operated Vehicle) with relevant personnel must be hired in order to inspect and repair damage to foundations. Such operations are both costly and weather-dependent, as they are only possible in good weather.

“We have a vision of creating a modular robot that is simple to operate—without the need for technical experts. Initially, it will be able to inspect and monitor, for example, the condition of the foundation of a wind turbine under water—or an ocean fish farming plant. In the long term, the intention is for the modular robot—which comprises several independent robots (modules) that can both work coupled together and individually—to also carry out repairs on the foundation,” says Associate Professor Roberto Galeazzi, DTU Electrical Engineering. 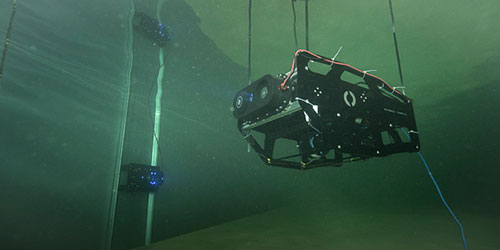 The number of offshore wind turbines in Europe has increased significantly over the last decade—and consequently—the need to monitor, inspect, and repair wind turbine and oil rig foundations.

“The trend is moving towards developing small AUVs (Autonomous Underwater Vehicles) to replace the current large and heavy ROVs. This requires the equipment used for underwater inspection and repair to be compressed, but the development is already undergoing. The concurrent development of an autonomous underwater robot therefore holds out enormous potential—both for the oil and gas industry and offshore wind farms,” says Business Area Manager Ole Nørrekaer Mortensen, FORCE Technology. FORCE Technology has more than 20 years’ experience of inspecting subsea oil rigs and pipelines, in particular. Some of Denmark’s most talented robot researchers have developed the first prototypes of such an underwater robot at DTU’s REMORA laboratory.

“Others are working on similar projects, but our robot differs in one key area. It is modular—which means that each individual part of the robot is able to work alone—or together with other modules. Working in unison, the robots can draw on each other’s functions, thereby becoming fully autonomous. For example, if a robot has problems with his propeller, it can connect with a second module and move using its propeller. The same applies to many other areas—for example in relation to having sufficient battery performance,” explains Roberto Galeazzi.

Interdisciplinary efforts behind the collaborative robot

Using just a single module, the modular robot can install and replace sensors in a subsea docking station placed on the foundations of a wind turbine to provide continuous monitoring.

“The underwater robot will have the great advantage that it can be permanently installed on an underwater foundation where it can monitor and operate independently of the weather conditions. It can function autonomously and with a high degree of flexible and reliability—qualities that are much sought-after by both the offshore industry and fish farming. We therefore look forward in the near future to present the first prototype of an underwater robot,” says Professor Mogens Blanke from DTU Electrical Engineering—acting supervisor for a few of the PhD students participating in the research.

The robot has been developed as part of DTU’s commitment within autonomous systems under the auspices of Maritime DTU. The research is being conducted as an interdisciplinary collaboration across the University, drawing on knowledge of mechanical engineering, robots, electronics, environment, and marine research. The laboratory’s work involves both developing hardware and software to ensure proper construction of the new modular robot.

The REMORA laboratory is a part of DTU’s commitment within autonomous systems. The laboratory is supported by D/S Orients Fond, and the interdisciplinary collaboration between specialized disciplines takes place within the framework of Maritime DTU.