Initially conceived during a U.S. Department of Defense project, the SeaRAY AOPS provides in-situ power, energy storage, and real-time data and communications support that will advance the marine economy toward a future of autonomous, connected and resident technologies. It is designed to support unmanned offshore activities, including subsea vehicles, sensor packages, and operating equipment. When deployed, the SeaRAY AOPS significantly lowers costs and carbon emissions, reduces operational complexity, increases safety, and enables capabilities not available today. The system supports a wide range of potential applications that will spur innovation in critical industries such as defense and security, offshore energy, aquaculture, and science and research.

“The ocean is a power desert. Providing reliable power and real-time data communications through an AOPS is critical to unlock the full potential of the marine economy. The SeaRAY delivers these capabilities and enables a future of cheaper, safer, cleaner, more connected offshore operations,” said Reenst Lesemann, CEO of C-Power. “We are excited to work with our federal partners at the DOE and Navy, as well as our technical partners on the trials, which are key step toward delivering the SeaRAY AOPS to the market.”

The sea trials will begin later this year at the Navy’s Wave Energy Testing Site (WETS), located off Marine Corps Base Hawaii on the island of Oahu, Hawaii. The SeaRAY AOPS at WETS is a moored configuration consisting of a surface wave energy converter; a single, combined mooring, data, communications and power cable; and a seafloor base unit that provides 100 kWh of energy storage for payload operation. The SeaRAY, which will support several payloads during the deployment, has been developed under a $3.2 million DOE-sponsored research and development program. 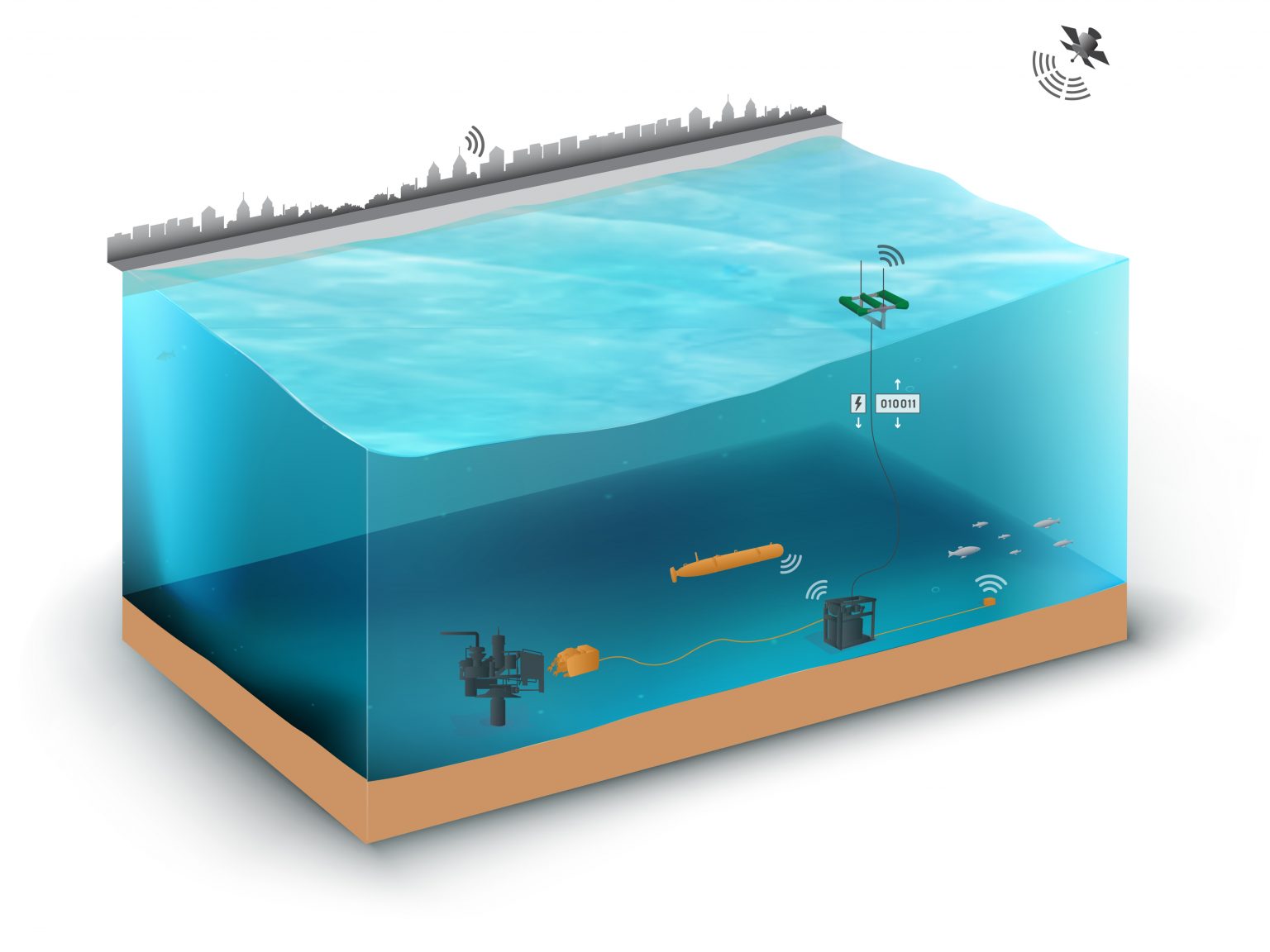 The SeaRAY AOPS is easily scalable to capacities from tens of watts to tens of kilowatts. The AOPS is designed to survive the expected conditions of a 100-year storm off the Oregon coast and is easily transported worldwide in two standard ocean containers. It will be deployed at WETS with a small, lightly-crewed vessel.

The SeaRAY’s seafloor base unit will be provided by EC-OG. EC-OG’s 100-kWh Halo lithium-ion battery energy storage system is designed for the harsh subsea environment and will be fully integrated with the AOPS, providing the payload interfaces for power, data and communications.

“The main driver behind Halo is to enable offshore autonomy and energy availability for remote subsea operations. We are excited to be working with C-Power and the other project partners to demonstrate the capabilities of the AOPS technology. There is huge global market potential,” said Paul Slorach, EC-OG business development director.

Following successful completion of the WETS sea trials, C-Power expects to complete commercial launch of the SeaRAY in 2021. The company seeks partners that require clean, low-cost, easy-to-transport-and-deploy ocean energy solutions for their end-use customers and are interested in partnering on the commercial deployment of the SeaRAY and other innovative wave energy systems.