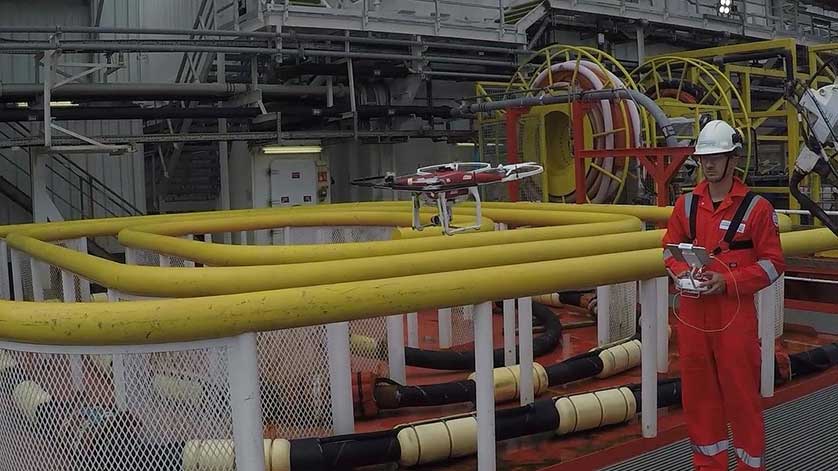 DNV GL surveyors have carried out the classification society’s first offshore drone survey on the semisubmersible vessel Safe Scandinavia in the North Sea. This 25,383 GT tender support vessel (TSV) is owned and operated by Prosafe, supporting Statoil’s drilling operations off the coast of Norway. Using camera-equipped drones, DNV GL’s drone pilots checked the TSV’s fairleads and their connection with the vessel’s two columns as part of the intermediate survey.

“Innovation is one of Prosafe’s core values. We are very pleased that we chose to try the drone survey, as it helped us optimize our survey requirements and allowed us to save significant amounts of time and money. Normally, this kind of operation would cause disruption to our client for several days. The drone survey took only a few hours and was just as effective,” says Ian Young, Chief Operating Officer at Prosafe. 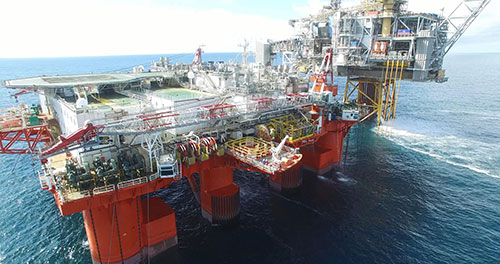 “This was a great opportunity for us to demonstrate our drones’ abilities to check the condition of remote external components in challenging offshore conditions. The inspection only required the semi-submersible to de-ballast, then we flew the drone approximately 25 metres below the main deck to check the condition of the fairleads and their connections to the columns that hold up the TSV. With wind speeds of approximately 15 knots, this went very well and the survey showed that the fairleads and their connections were in a good condition,” explains Cezary Galinski, Project Manager Classification Poland at DNV GL.

The classification society has carried out multiple drone surveys on both ships and offshore units, inspecting many areas on board, ranging from tanks and cargo holds to external structures such as jack-up legs. The inspection of such spaces can be both costly and time consuming, and even in some instances potentially dangerous. Using drones to visually check the condition of remote structural components can significantly reduce survey times and staging costs, while at the same time improving surveyor safety.

DNV GL has built a network of trained drone pilots based in Gdynia, Piraeus, Singapore, Houston and Shanghai. This allows drone survey inspections to be offered from any of these hubs. At the same time, DNV GL is developing guidelines and updating our rule set to reflect the use of remote inspection techniques.