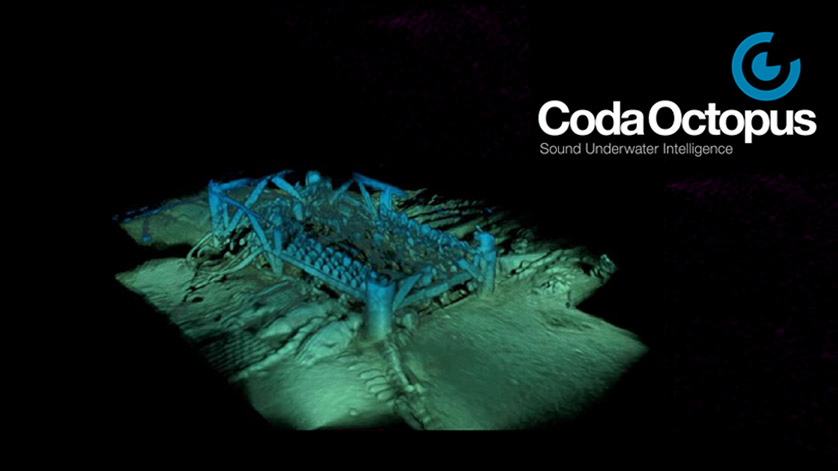 Coda Octopus Products will be collaborating with Mitsubishi Heavy Industries on one of five strategic subsea projects under the joint program.

It is expected that the funding over three years for the joint program will be a total of £25MM (approximately US$32MM). In the program’s first year, a total of up to $11.5MM has been committed to fund the thirteen Scottish and Japanese companies, chosen to develop various innovative subsea systems and technologies for the exploitation of ocean resources within a period of three years. No public announcements have been made regarding the individual company funding awards. However, the funding allocated to Coda Octopus is in the hundreds of thousands of pounds and is expected to increase over the three-year period. This presents a significant opportunity for Coda Octopus to have its real-time 3D sonar technology embedded into a number of major applications for autonomous and unmanned underwater vehicles (AUVs and UUVs), and becoming the standard for these applications.

Subsea UK™, in an announcement covering the news, stated: “The global subsea sector is currently worth approximately £50bn [equivalent of US$65bn] and estimated to grow to £140bn by 2035. Scotland is a world leader in subsea with a current market share of £7bn and has ambitions to grow even further. Subsea Engineering has been identified by Scottish Enterprise as a key focus for future growth and support and published an action plan in 2018 setting out key actions to help the supply chain grow and invest in innovation and infrastructure…. The projects selected to receive funding have the potential to make a significant economic and sectoral impact by increasing the number of jobs at the applicant companies and in stimulating company growth.”

Annmarie Gayle, CODA’s Chairman and CEO, commented: “CODA is a global company, one that is proud of its long heritage in Scotland, as well as its substantial work with customers in Japan. We are honoured to have been selected to be a part of this premier collaboration between two nations whose leadership in subsea market innovation is well known. The R&D project for which we have been selected is an ideal fit for our strategy to be a market leader for cutting-edge subsea technologies for both operating, detecting and tracking all types of unmanned and autonomous underwater vehicles. Coda Octopus’ patented real-time 3D sonar technology is the only technology that can visualize moving objects in the water column, including UUVs and AUVs, in real time 3D in zero-visibility conditions. This project will advance these capabilities, to allow for the automatic tracking in real time 3D such objects including UUVs and AUVs.”

“This global exchange of ideas and expertise is incredibly important to both Scotland and Japan’s continued success in the area of subsea systems and technologies,” said Neil Gordon, Chief Executive, Subsea UK™, the champion for the UK subsea industry acting on behalf of the entire supply chain, bringing together operators, contractors, suppliers and people in the industry. “The companies which have been successful in the first innovation call have been given a huge opportunity to leverage their renowned subsea engineering expertise to tackle the technological challenges to the benefit of the whole industry.”