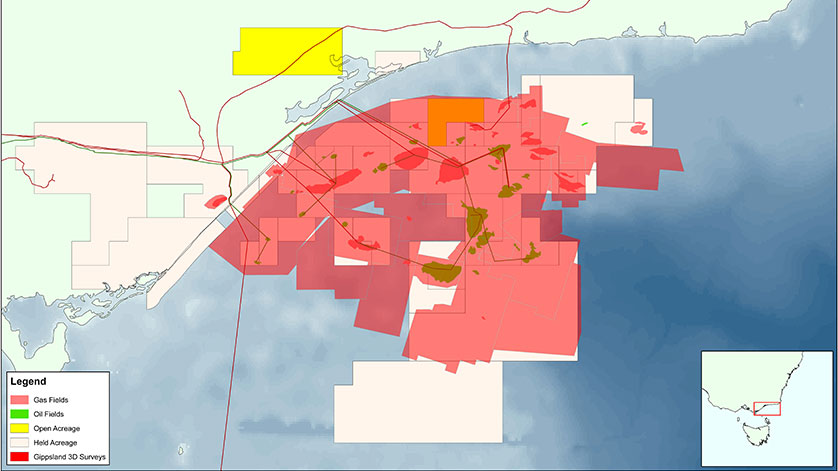 CGG announces the start of its Gippsland ReGeneration 3D reprocessing project in Australia’s premier Gippsland Basin, in South-East Australia. The project will offer the industry the highest-resolution 3D seismic data available in this extremely prospective area.

To date, the Gippsland Basin has produced over 4 billion barrels of liquid hydrocarbons and 7 trillion cubic feet of gas, sourced from thick coal seams formed during the Paleocene to Eocene, and trapped in late Tertiary, inversion-formed, compressional structures. The first major offshore discovery was made over half a century ago and there is still tremendous opportunity for new discoveries and developments.

Mark Richards, Senior Vice President, Eastern Hemisphere, Multi-Client & New Ventures, CGG, said: “CGG sees the Gippsland Basin as an exciting opportunity to show how its leading-edge seismic imaging technologies can enable the industry to breathe new life into a mature basin. With its well established infrastructure and under-developed resources, we believe this high-end reprocessing project has the potential to regenerate the basin and offer a solution to the projected shortfall in Australia’s East Coast gas supplies.”