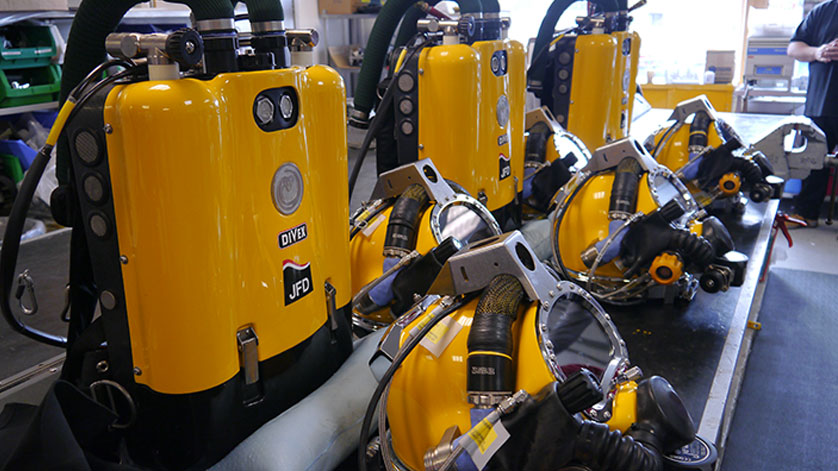 Bibby Offshore has become the first to deploy a pioneering diving safety system in the North Sea.

The company, a leading subsea services provider to the oil and gas industry, provided its divers with the innovative Compact Bailout Rebreathing Apparatus (COBRA), during a recent contract with BP North Sea.

COBRA, developed by JFD, is a simple, highly reliable bailout system which offers divers up to 45 minutes of fully independent breathing gas in an emergency situation.

Bibby Offshore’s deployment of the system is a first for the North Sea since its introduction to market last year, with the company playing a key part in testing during 2017.

Howard Woodcock, chief executive at Bibby Offshore, said: “The safety of our personnel is paramount at all times. COBRA significantly enhances the time our saturation divers have to return to the diving bell in an emergency situation - a step-change in improving subsea safety and one we will adopt in the future across our fleet.

“As leaders in diving safety, it is imperative that our divers are equipped with the best equipment and leading technology. Having the full support of the client for the introduction of the COBRA rebreathers during operations on its offshore assets, clearly demonstrates the alignment between the client and Bibby Offshore in an ongoing commitment to advancements in industry safety.”