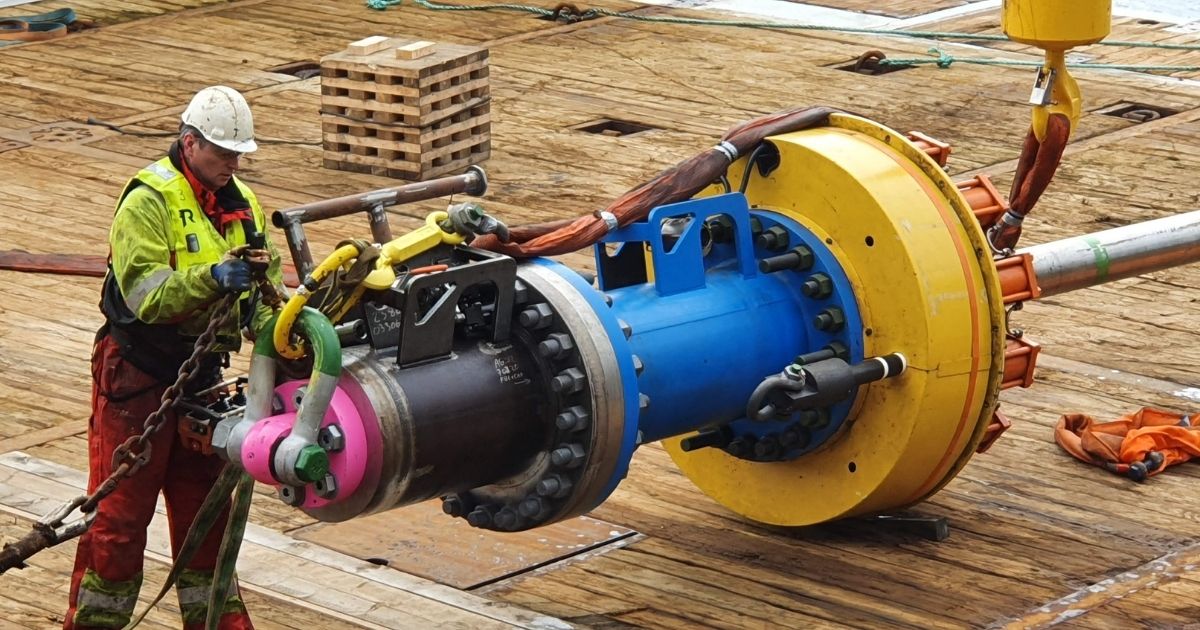 “In the current environment, every aspect of operations is under the spotlight. We see unavoidable costs for our customers, like wellhead removal, as opportunities to build new efficiencies into operations,” said Romain Chambault, Europe vice president for oilfield equipment at Baker Hughes. “The Terminator system is a game-changer for our industry, saving time, costs and fuel consumption to improve operators’ efficiencies and their carbon footprint.”

Baker Hughes worked with Wintershall DEA to cut the subsea wellhead from an abandoned exploration well in 360-meter water depth in only 35 minutes. By comparison, alternative abrasive cutting methods could take as long as five or six hours for the cut alone. The Terminator system can be deployed from a vessel and uses a mechanical cutter, rather than water jet cutting methods of conventional systems, to eliminate associated risks with high pressures. In addition, the system can reduce offshore personnel by two-thirds compared to conventional systems, requiring just two people instead of the typical six for water cutters.

The Terminator system can reduce fuel consumption with its 100-horsepower motor and is also smaller and lighter compared to the original 1000-horsepower abrasive water cutting system typically used on similar types of vessel-based operations. The Terminator technology is another example of Baker Hughes’ commitment to leading in the energy transition by helping customers decarbonize oil and gas operations.

“While working with Baker Hughes on this project, we selected the Terminator system because of the lower CO2 impact it had on the environment”, said Tore Oian, Drilling Manager for Wintershall DEA. “In addition, the solution required a minimum amount of deck space and only needed a crew of two people which gave us much more flexibility when selecting the vessel and reduced the mobilization time, considerably. Altogether, this was the best technical, environmental and economical solution for our operation.”

The total operation with Wintershall DEA, from deck deployment to laying down the Terminator system, took just two and a half hours – saving the operator up to 12 hours compared to conventional systems. After the cut was complete, the subsea wellhead, conductor and spudcan were removed immediately in a separate run from the same vessel.