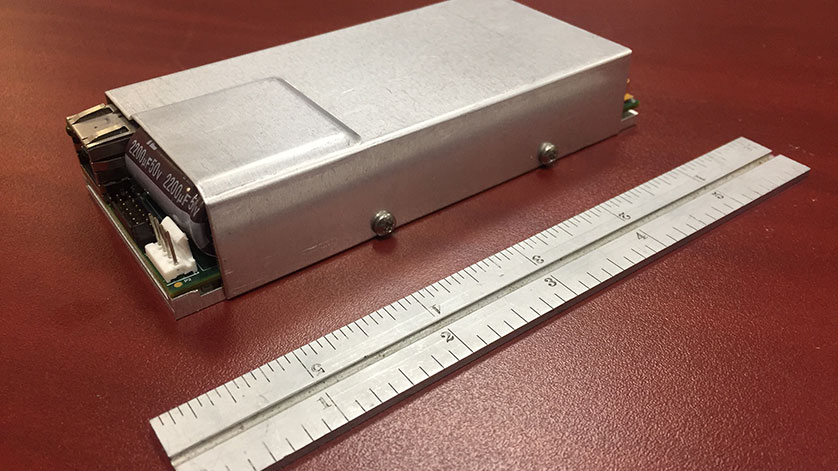 The newest and most advanced side scan sonar for AUV’s is now proven and operational. Atlas North America’s Scout Mk II Side Scan Sonar, the latest addition to the Marine Sonic Technology product line of sonars, is ready to satisfy the most stringent customer demands for high resolution underwater imagery.

The Scout Mk II is the next evolutionary step in sonar technological advancement. It’s the smallest, lightest, least power consuming and yet quite possibly, the best value in a side scan sonar on the market today. This compact configuration returns precious payload space to the AUV designers while still rendering underwater images of up to 0.4cm of resolution. The Scout Mk II includes transducers customized for each AUV, in frequencies from 300-1800 kHz, single or simultaneous dual frequency sonar, an efficient mounting interface, and a 600 m depth rating as standard. It can be custom built to satisfy the deepest water depth requirements. The Scout Mk II covers the spectrum.

“The Scout Mk II leverages the compact design of the Scout Lite sonar and offers a modular, versatile, and affordable sonar which, with its small size, is easy to integrate into any AUV,” said Sergio Diehl, President of ATLAS North America.

The Scout Mk II is a great addition to the Marine Sonic Technology product line of sonars, which are known for superb quality, ease of use, and are specifically designed for today’s challenging environment. The Scout MK II is an advanced side scan sonar for all AUV applications, but particularly well-suited to the new emerging micro AUV market. It will be available in towed sonar systems soon.

ATLAS North America is a wholly owned subsidiary of ATLAS ELEKTRONIK GmbH of Bremen, Germany and serves the U.S. market with a specific focus on naval mine countermeasures and high resolution imaging sonars for defense, first responders, and commercial use. ATLAS North America is located in Yorktown, Virginia, and is an industry leader in towed and AUV side scan sonar products.