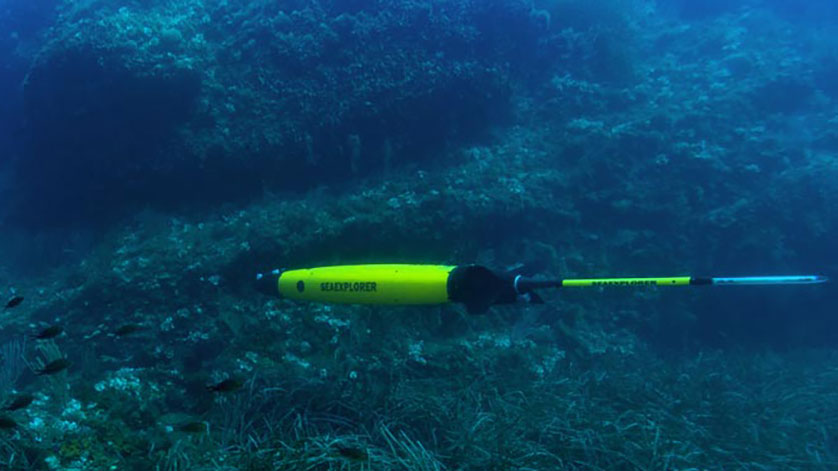 ALSEAMAR launched in March 2016, a glider of its SeaExplorer fleet on an offshore site where methane seeps are emanating from the seabed. This site known of oceanographers allowed for the first time with a glider, the validation of the detection of those seeps which are generally present on the continental slope, and to acquire unpublished data on the underwater dispersion of these gas seeps.

For confidentiality reasons data had been protected for a period of time, and have been recently released by ALSEAMAR. The SeaExplorer glider is an underwater profiling drone piloted by satellite with weeks to months of endurance. It carried out a 10-day South / North and North / South route over 175 km, passing through several points of interest releasing gas seeps, equipped, among other things, with the Methane METS sensor from Franatech. 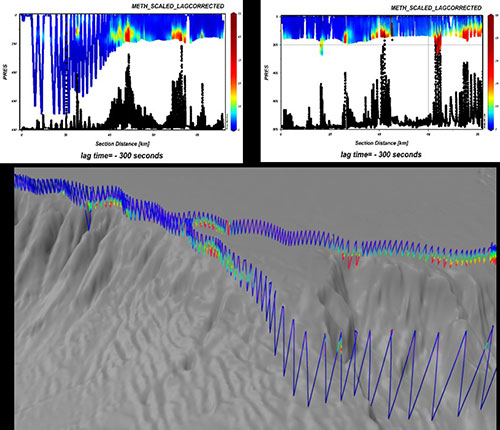 Data collected in real time by the glider allowed detection and mapping of these seeps in the outward as well as in the return. The glider emphasized the gas plumes (red signal on the plots) and in particular the dissolved part of the gas plume in the water column, which could be detected thanks to the high sensitivity of the Methane sensor.

ALSEAMAR operational teams have applied their know-how to process, analyze and map the collected data in 3D. This operation demonstrates the ability of the SeaExplorer glider to study unknown marine geological phenomena, this was a world first and offers many possibilities for exploration and knowledge of the marine environment.