Add Clarity to Your Search with JW Fishers' Side Scan Sonar 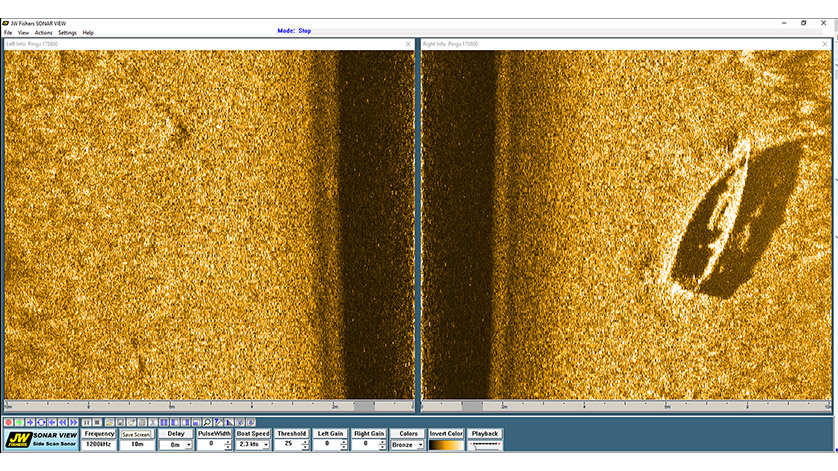 Along with each ship, aircraft, precious object, and priceless heirloom lost in our planet’s vast bodies of water, so too sinks countless memories, hopes, and occasionally even lives. How do we find these lost memories that are preserved for many years in the dark depths? What tools exist to aid in the search and can technology help us find these relics? JW Fishers Mfg. is proud to be part of your team with their Side Scan SONAR systems!

One of the first “SONAR-like” devices was invented by naval architect Lewis Nixon in 1906. His vision was to design a system that would allow naval captains to detect underwater icebergs and other threats. This technology would give the captain a means of navigation around these massive “ship killers.” This detection system became more important after the sinking of the Titanic in 1912. Then, after WWI broke out in 1914, an immediate need for submarine detection became necessary. The first active SONAR was subsequently developed in 1915 through a collaboration between Russian engineers and French physicists. 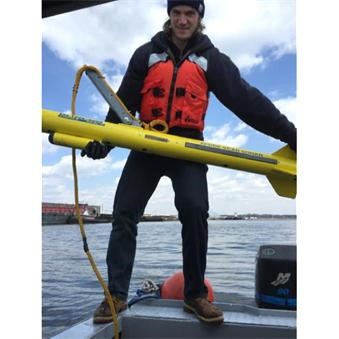 SONAR systems, like many advanced technologies, were at first developed mostly for military applications. It has since, however, become very helpful in underwater exploration. Scientists use SONAR to map the seafloor, scan reefs, and to measure water depths. Police and Dive Rescue teams use SONAR to find missing persons and evidence while treasure hunters use it to locate shipwrecks and other valuable objects. Side Scan SONAR devices allow images of the ocean floor to be viewed as if one is looking through a window. It “removes the water” to provide the operator with a bird’s-eye view of their target. By using computer mapping software, SONAR echoes or “soundings” are converted into colored waterfall images. There are two different types of SONAR; active SONAR can measure an object’s distance. It transmits a sound wave called a ping. This wave bounces off of the object and back to the receiver, called a transducer. The distance to the object is measured by how long it takes for the ping to travel to the object and back to the transducer. Similarly, passive SONAR simply “listens” for sound waves while not producing any of its own.

Fulton County Sheriff’s Office is a proud owner of JW Fisher’s Side Scan technology and is once again featured here for their efforts to maintain a highly capable team of Side Scan operators and underwater search experts. Not long ago, Sergeants Robert Stemmler and Christopher House came across a suspicious target on a training exercise. “We thought it best to be checked out” stated the dive team. Saratoga County’s Mike Rogan accompanied Fulton County to check the area. “It looked like just a boat that came off a dock and went down a long time ago.” The old boat was about 4' by 12' and served as a “pretty cool target” according to Rogan. Most of all, it displayed how truly capable this system is and how clearly a boat can be seen on their system’s display in the attached image. Fulton County is becoming very proficient with their SONAR system and were able to drop a marker within 20 feet of the downed vessel. Rogan added “I took a compass heading and swam right into it.” Also of note was challenging water visibility that the team described as “awful,” but the Side Scan SONAR helped alleviate all concerns by removing water quality from the equation.

W.J. Castle of “The Castle Group” uses JW Fishers equipment in a wide variety of projects. The Castle Group consists of marine structural engineers and contractors who offer consultation and dive expertise to entities in need of underwater inspection, design, and construction services. Recently, the team was tasked with performing an inspection for the Middlesex County Utilities Authority’s (MCUA) outfalls (main and relief) located in the Raritan Bay and Raritan River off of the coasts of New York and New Jersey. The first step of the inspection involved the SONAR imaging of the channel bottom and exposed portions of the structure using the JW Fisher Side Scan system. The imaging was used to both locate the structures and to assess the overall condition of their components. The SONAR imaging was important for locating the structures and directing the divers to points of interest during the subsequent underwater inspection. Ultimately, this inspection will lead to repairs that maximize the effectiveness and lifespan of the outfalls.

“Memories have huge staying power, but like dreams, they thrive in the dark, surviving for decades in the deep waters of our minds like shipwrecks on the sea bed.” – J.G. Ballard