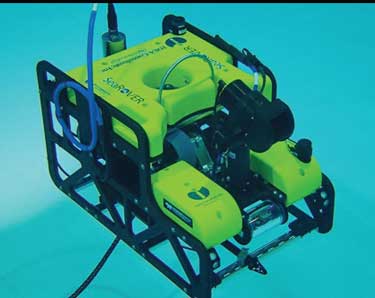 Teledyne BlueView’s collaboration with Teledyne PDS to develop MotionScan, a 3D Scanning Sonar solution to collect 3D scanning data while correcting for motion and position changes, has been integrated onto a lightweight ROV specifically designed to deploy the 3D Scanning Sonar to strategic scan locations. The ROV, developed by Teledyne Benthos, is instrumented with a heading pitch and roll sensor to correct the data for attitude changes from the ROV while holding position. 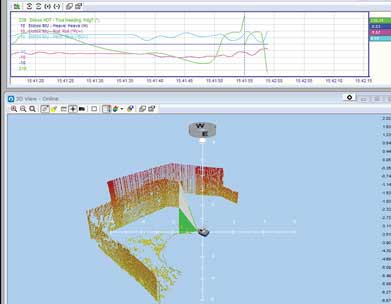 The MotionScan 3D Scanning Sonar deployed on an ROV allows operators to collect 3D point clouds of structures from the seabed to the surface with one tool. The ROV can hold position to conduct scans or traverse with the sonar angled at the area of interest while the ROV is moving by a structure to collect 3D profile data.

ROVs operating in areas with low visibility can see the benefits of the 3D Scanning Sonar with a 3D point cloud of the work site that can be manipulated to take measurements, volume calculations and provide detailed information on the areas of interest. These deliverables can greatly increase the capability of any ROV system for many markets to increase the decision making capabilities on site.