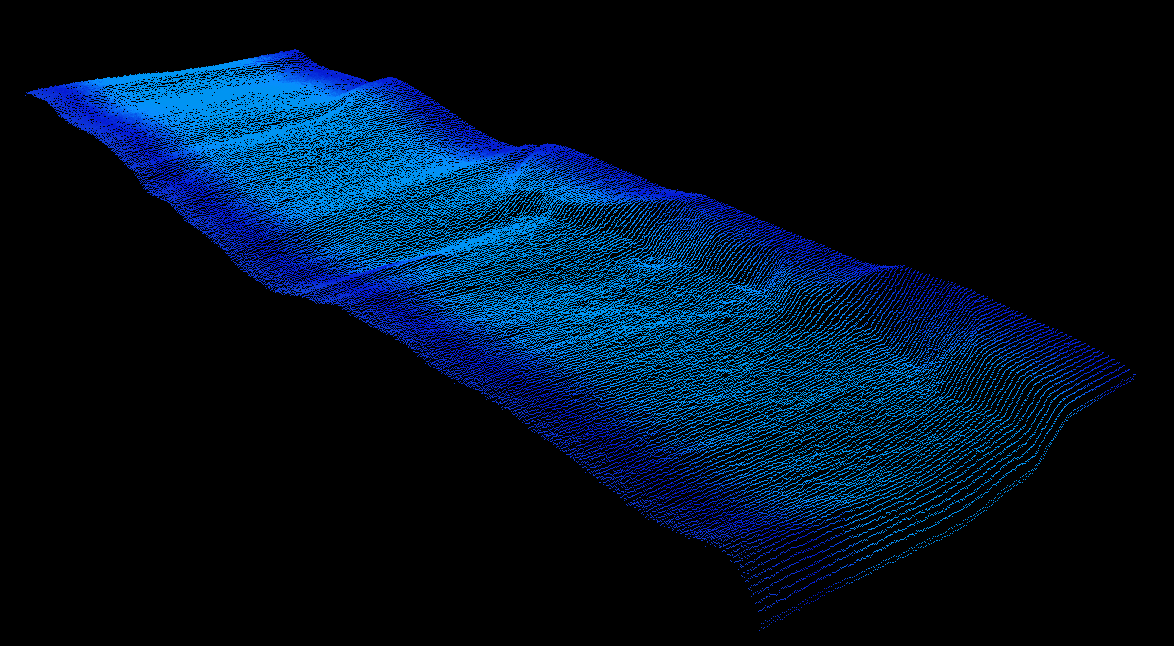 Genex Systems, an engineering, scientific research, and information technology services firm headquartered in Hampton, Virginia, trialed and purchased a 2G Robotics' ULS-100 underwater laser scanner. The objective of the trials was to test the capabilities of the ULS-100 for bridge scour experiments and sediment transport analysis. The trials were conducted at the TFHRC J. Sterling Jones Hydraulics Research Laboratory.

Both stationary and dynamic scans were performed with the ULS-100. The scanner was attached to a robotic arm which was mounted to an automated carriage that allowed the arm to move along the channel length. With this setup, power and communication were provided through the robotic arm. One of the tests performed was to gauge the measurement resolution capabilities of the ULS-100. For this test, the laser scanner was operated in profile mode to dynamically scan the sediment bed load. Sediment transport occurs in bodies of water as a result of current and tidal movement. Information obtained from sediment bed form analysis helps to determine areas where erosion or deposition will occur and aids with understanding bridge scouring.

The moving direction for the scanning was along the channel cross section (the Channel is 3-ft wide). Upon analysis of the .XYZ point cloud data, with a scanning speed along the channel cross-section set to 20mm/s, Oscar Suaznabar, Research Hydraulic Engineer, noted that the ULS-100 at this velocity produced “a stunning footprint laser line resolution of 0.83mm.”

The ULS-100 was also used to scan small dolosse (concrete blocks in complex geometric shapes) on the floor of the channel, serving as a hydraulic obstruction near the bed, to capture the contour perimeter between the dolosse and the highly erodible channel bed. Understanding this contour is useful for monitoring the performance of scour countermeasures, such as dolosse or riprap, in the lab. Suaznabar noted that compared to a photo, the laser scanning data made it easier to understand the contouring.

Genex Systems previously used a point laser distance sensor for bathymetry scanning work. The system was reliable and provided decent resolutions, but it did not work underwater. Suaznabar noted that this point laser method “was really time consuming since usually the test section area in the flume is in the range of 0.9 to 4 meters. To measure such an area was a matter of days. With the ULS-100, obtaining high resolution measurement data for a comparable area is a matter of minutes.”

“We are very impressed with the capabilities of the ULS-100 underwater laser scanner,” said Suaznabar. “The system has proven to be a very advanced, easy to operate device and has shown excellent performance.”

Following the trials, Genex Systems purchased a ULS-100 and recently took delivery of the system. With its high resolution visualization capabilities and efficient generation of detailed dimensional models, the ULS-100 will be integral in facilitating with Genex Systems' bridge scour and sediment bed form experiments.