Sunshine Coast Calls for Expressions of Interest for Subsea Cable 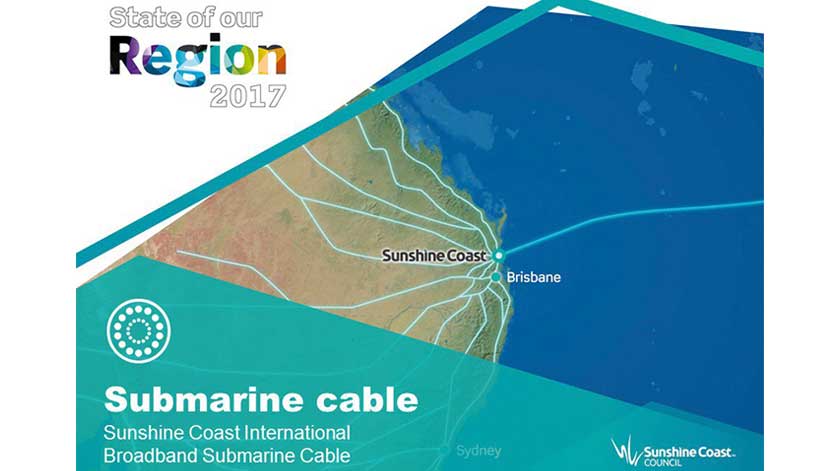 Sunshine Coast Council has announced expressions of interest for a new international broadband network to be constructed by 2020.

“As part of our commitment to be Australia’s leading smart city region, we have completed the market sounding process and have now moved to the next stage,” Mayor Jamieson said. “Council is looking for expressions of interest from suitably qualified providers who want to partner with council to deliver this critical project. Expressions of interest can be made for one or multiple onshore and offshore components of the project being the submarine cable, the cable landing station/data center and backhaul from the Sunshine Coast to Brisbane.”

Five international submarine cables currently provide data connectivity from Australia to the rest of the world. Four of these cables land in Sydney and the fifth cable lands in Perth. Mayor Jamieson said the close proximity of the four existing cables in Sydney posed a significant risk for most of Australia’s existing commercial data center capacity and Internet connectivity.

“At present, we are very dependent on these submarine cables which carry 99% of Australia’s international voice and data traffic. The volume of international communications through submarine cables is increasing at the rate of 40% every year as the information economy grows. As such, submarine cables are a vital part of the national infrastructure. With all submarine cables on the east coast of Australia landing in Sydney, every time a Queenslander makes an International telephone call, text or accesses the Internet it travels via terrestrial networks to Sydney before heading to its international destination. Sunshine Coast Council, in recognizing and acknowledging the risks and potential benefits, has identified the Sunshine Coast as the first viable landing point on the eastern seaboard of Australia, travelling south from Cape York, for a cable that links to Asia and/or to the United States. Results from the recent market sounding process identified the importance of a new international broadband network when it comes to providing the fastest, most affordable access connection points to our state and Australia. A new international broadband network will increase the competitiveness of the coast, and the State,” Mayor Jamieson said.