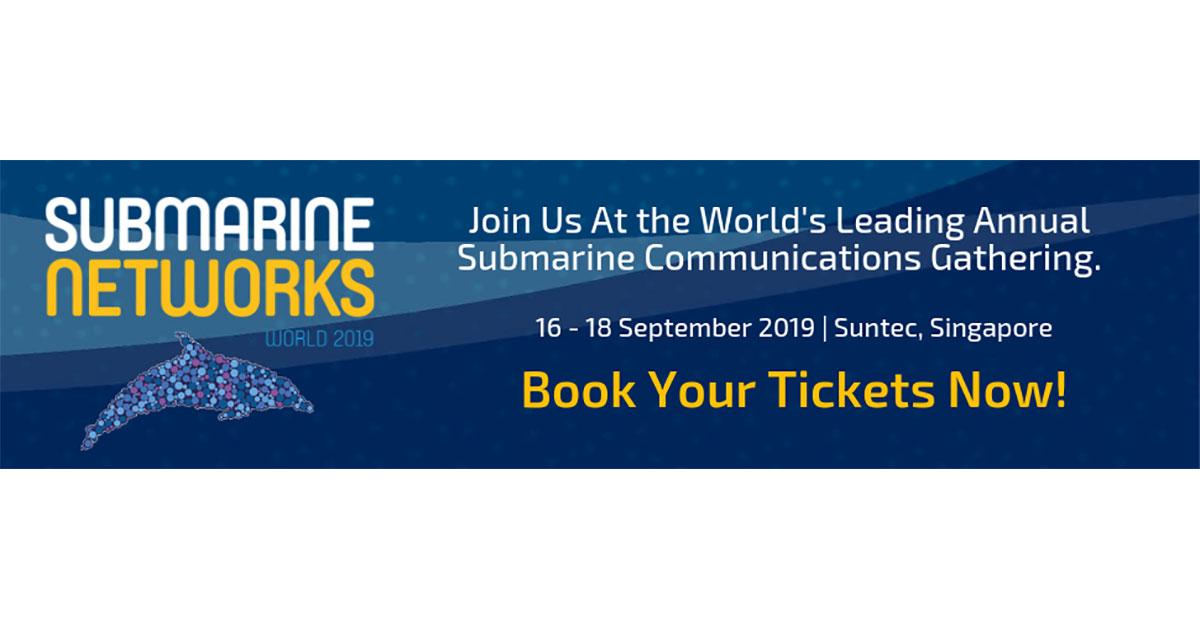 Facebook, Global Cloud Xchange, Telstra and over 800 decision makers from the global subsea communications industry to gather in Singapore this month for Submarine Networks World 2019

This year’s edition will be the largest edition of Submarine Networks World yet, with over 800 industry leaders from 60 countries expected to attend. More than 120 expert speakers from major projects and technology providers will share their insights across the 2 days, including:

There will be 3 content tracks, covering strategy, technology and cable landing stations & data centres. In addition, more than 30 leading cable projects will be featured and explored in quick-fire project update sessions, detailed roundtable discussions and poster sessions. Projects confirmed for this year’s edition include: