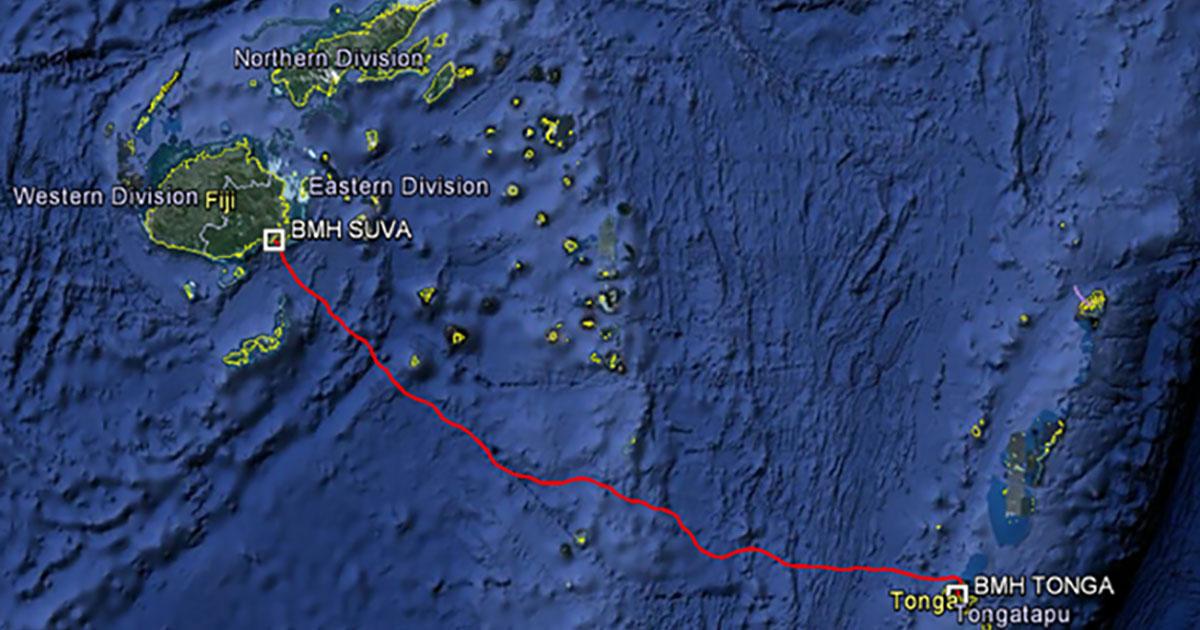 The Tonga Cable and the Tonga Domestic Cable were damaged on January 20, 2019. Upon notification of the break, SubCom Reliance was mobilized and completed the necessary repairs to both cables within eight days of arrival on repair grounds. The repairs took place under the South Pacific Marine Maintenance Agreement (SPMMA), pursuant to which SubCom maintains over 69,000 km of cable consisting of 33 data and power cable systems in the Pacific Ocean.

“We salute SubCom and the entire SubCom Reliance team for a job well done,” said CEO of Tonga Cable Ltd. Edwin Liava’a, who was aboard the ship during the cable repair process.

The Tonga Cable System is an international cable in the Pacific Ocean that spans 827 kilometers with landing points in Nuku’alofa, Tonga and Suva, Fiji. The Tonga Domestic Cable Extension is a 406-kilometer cable with three landing points in Tonga: Neiafu, Nukualofa and Pangai. SubCom maintains these two cables in addition to 31 other systems as part of the SPMMA, which was signed in 2017. The agreement covers the South Pacific region from Singapore in the west to Tahiti in the east and from the southernmost point of New Zealand to Hawaii.

SubCom Reliance is part of the company’s world-class fleet, purpose-built for cable deployment and maintenance. The ship was on standby in the South Pacific at a port in Apia, Samoa. SubCom’s highly trained crew of experienced merchant mariners, submersible engineers, and cable operations personnel loaded the ship with spare materials to expeditiously repair the Tongan cables.