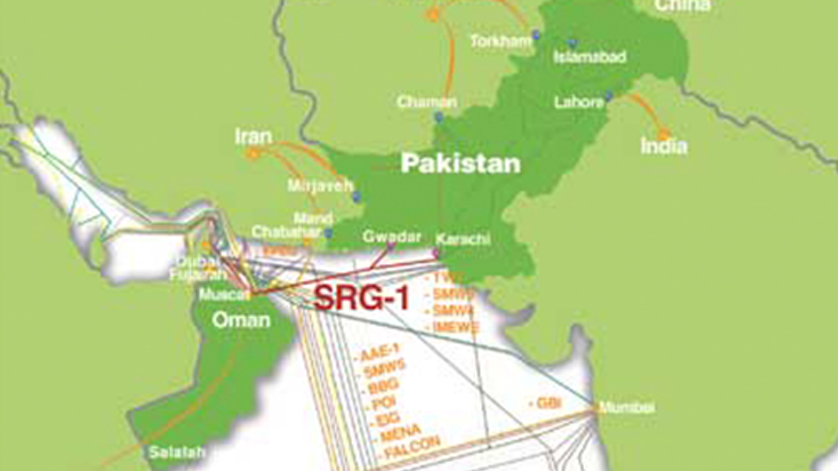 Multinet Pakistan, the leading domestic and international carrier in Pakistan, Omantel, the national operator of Oman and one of the largest wholesale carriers in the Middle East, and Xtera Communications, Inc. (NASDAQ: XCOM), a leading provider of high-capacity, cost-effective optical transport solutions, have announced the signing of the turnkey supply agreement for the new subsea cable system Silk Route Gateway 1 (SRG-1). The new cable will be a direct highway from Muscat in Oman to Karachi in Pakistan, with a future extension to Gwadar in Pakistan.

"The SRG-1 project is our ambition to restore the significance of the traditional silk route by establishing a digital gateway to the most budding telecom markets of the Asian subcontinent”, said Mr. Rashid Shafi (SEVP & Chief Strategy Officer, Multinet Pakistan). “This new cable will fuel the massively growing demands of the Pakistani market and will bring up an unprecedented reach to China, Afghanistan and Central Asia,” he further added.

Mr. Sohail Qadir, Vice President, Omantel Wholesale, commented: “SRG-1 is another reflection of our commitment to the global carrier community to offer them with the most efficient routes. The SRG-1 bridges Asia to Africa and the West through a low latency network and we anticipate this to evolve as the telecom world’s primary access to the region.” “Selecting an innovative technology partner like Xtera is imperative to the overall success of the project. Xtera brings onboard the expertise and professional pedigree to develop an efficient optical submarine network which will enable Multinet and Omantel to offer cutting edge connectivity services to their customers,” SRG-1 Consortium commented.

“We are delighted to be selected by SRG-1 consortium to build this new submarine cable system as a further validation of our turnkey offering for high-performance, high-reliability subsea cable systems,” said Jon Hopper, President and Chief Executive Officer of Xtera. “This new build project represents a second cable project for Xtera in the region after the award of the G2A subsea cable system between Oman, Puntland and Somaliland, and the second opportunity to deploy our branching unit after its official launch at SubOptic 2016 Conference in Dubai in April 2016.”