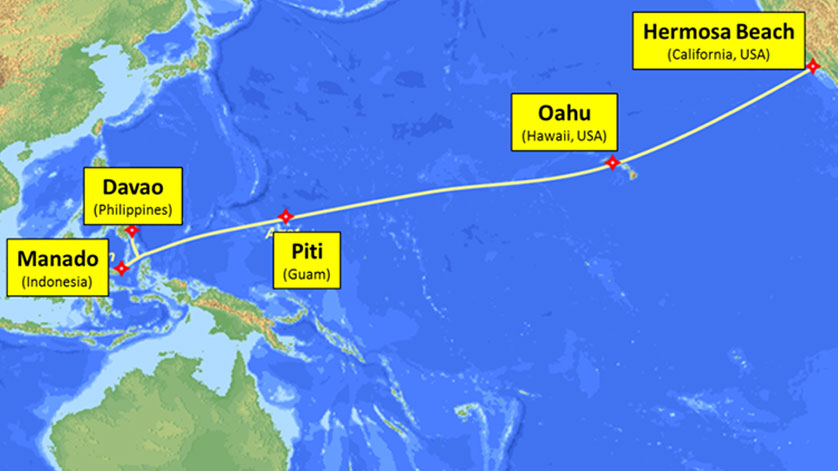 RTI-C and NEC also announced that the marine route survey for HK-G has begun. The detailed information that will be gathered during the survey will shape the final route engineering that will be undertaken. This is a significant development in the construction of the 3,900-kilometer HK-G, which will land in Piti, Guam at the recently completed Teleguam Holdings LLC (GTA) cable landing station, the same facility which is being utilized for SEA-US.

Russ Matulich, RTI's President and CEO, acknowledged this important milestone, stating, "Transpacific capacity demand will continue to outweigh existing supply for many years to come, and RTI's SEA-US investment is now providing essential route diversity capabilities and onward connectivity options for our clients." Matulich added, "Initiating the HK-G marine route survey is an important milestone towards our goal of providing fully diverse transpacific connectivity. Once completed, HK-G will seamlessly interconnect with SEA-US, allowing customers to not only diversify their traffic between Hong Kong to Los Angeles, but also enabling them to port their existing capacity to different destinations."

Mr. Toru Kawauchi, General Manager of NEC's Submarine Network Division, said, "It is with deep pride that NEC, as one of the world's top vendors of submarine cable systems, has handed over the keys to launch the SEA-US Cable to RTI and the SEA-US consortium members. From the day we signed the contract, we have dedicated our best resources to completing this cable. There are plenty of obstacles for every cable we build, and SEA-US was not immune to this. By working together with the cable owners, we have overcome each-and-every obstacle and look forward to many more years of further enhancing our relationship in order to answer the global demand for connectivity.