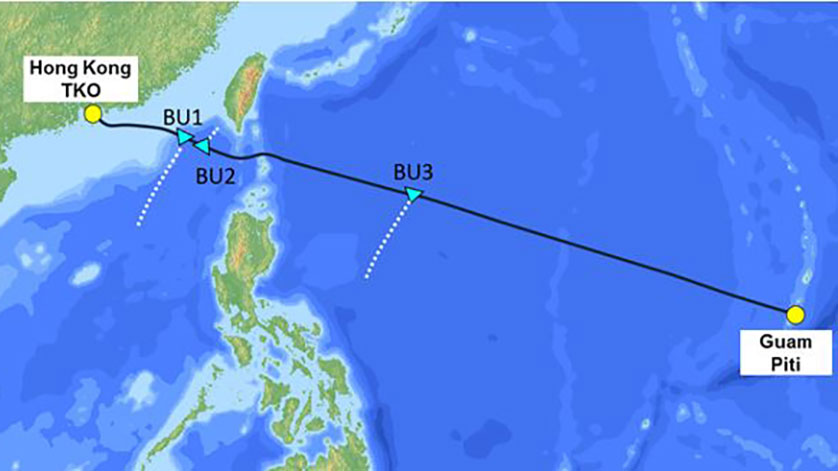 RTI Connectivity Pte. Ltd. (RTI-C) and NEC Corporation announced that construction of the Hong Kong - Guam Cable system (HK-G) has officially commenced. The 3,900 kilometer undersea cable, featuring 100 Gigabit per second (Gbps) optical transmission capabilities, will deliver design capacity of more than 48 Terabits per second (Tbps), and is expected to be completed in the fourth quarter of 2019.

In Hong Kong, the cable is slated to land in Tseung Kwan O (TKO) and will land in Piti, Guam at the recently completed Teleguam Holdings LLC (GTA) cable landing station. HK-G will land in the same facility as the Southeast Asia - United States Cable System (SEA-US).

HK-G will contribute to the much-needed expansion of communications networks between Asia and the United States, while complementing other regional submarine cables, thereby improving network redundancy, increasing the availability of high capacity and ensuring highly reliable communications.

Furthermore, this cable system will be built utilizing capital from the Fund Corporation for the Overseas Development of Japan's ICT and Postal Services Inc. (Japan ICT Fund), along with syndicated loans from Japanese institutions including NEC Capital Solutions Limited, among others.

Russ Matulich, RTI-C's President and CEO, acknowledged this important milestone stating, "Hong Kong is already an important interconnection point for undersea cables, and Guam is emerging as a key telecommunications hub. By extending HK-G to our SEA-US cable investment in Guam, RTI-C is facilitating a new diverse 100G transpacific cable to better serve our customers' traffic requirements between Asia, the United States and Australia." Matulich added, "RTI-C's existing investments, and those under current consideration, will enable other cable owners to better utilize their assets by interconnecting with RTI-C in Hong Kong or Guam."

As one of the world's top vendors of submarine cable systems, Mr. Toru Kawauchi, General Manager of NEC's Submarine Network Division, said, "NEC has completed nearly all of the cables that land in Hong Kong and Guam, and I am proud to be part of this latest system. HK-G will be the first project to be co-financed by the Japanese government-led Japan ICT Fund, and the second project supporting RTI's investment in SEA-US for the Japanese loan syndicate. We wish to further utilize these funds for many more cables in the future."