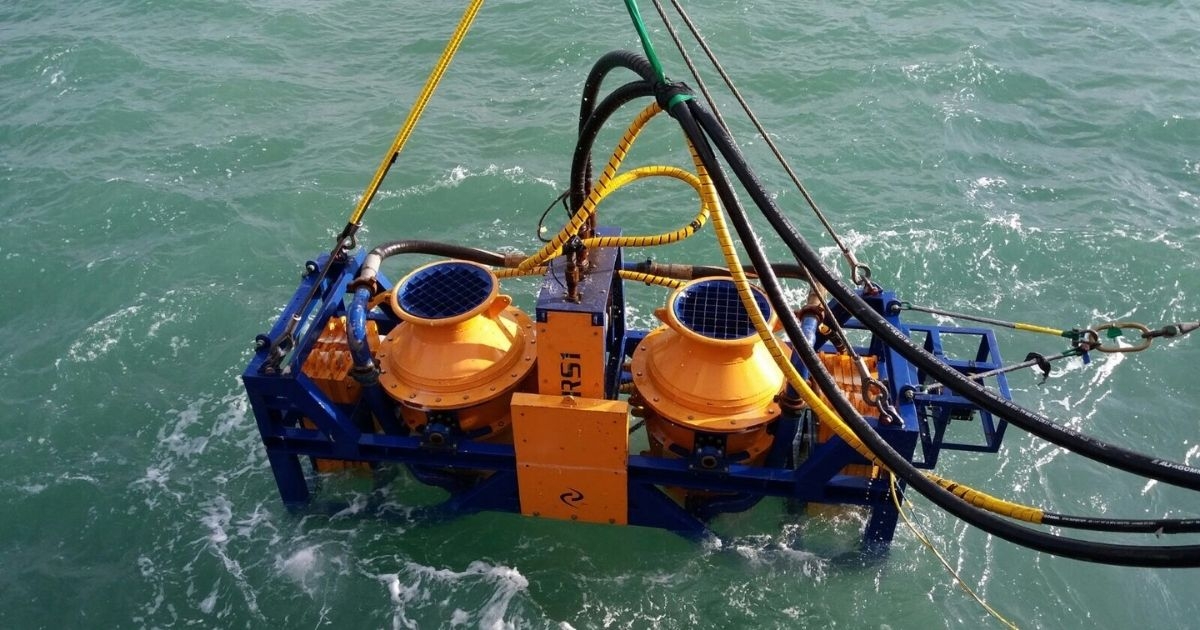 Contracted by a major subsea engineering contractor, Rotech’s TRS1 CFE (controlled flow excavation) tool from its industry-leading RS range of trenching and excavation equipment was selected to de-bury, and carry out post-lay trenching for approximately 500m of subsea cable. The subsea pioneer’s RSG-C tool was used for the grab, cut and recovery of the section of cable.

Deployed by vessel crane, the TRS1 operated in water depths ranging from 80 – 85m in flat/calm conditions successfully de-burying the cable from 0.6 – 0.8m below seabed. Soil conditions were soft sand and currents ranged from 1.5 – 2.5kts.

For the grab, cut and recovery phase, the RSG-C was lowered to depth using the vessel crane, tied off to the crane wire every 15m. An ROV positioned the tool over the cable, which was grabbed and raised 2m, allowing the ROV to sling either side of the grab for cable recovery. Lowered 1m, the cutting operations took 8 minutes.

The post-lay trenching phase saw the cable buried to client specification of a minimum of 0.6m below seabed. Positioned perpendicularly over the cable with its nozzles angled marginally inwards, the TRS1 operated at a range of 3m from the seabed and progressed at 3m/min.

“Rotech Subsea was delighted to play its part in a critical phase of the cable replacement works. The project showed off the versatility of our RS range of tools and was completed on schedule and on budget. It was yet another extremely successful deployment for the TRS1 which can deliver deeper, narrower, precision trenches with speeds more than double that of Mass Flow Excavation tools and other methods such as contact trenching systems and ploughs.”

With enhanced capabilities, Rotech Subsea’s CFE suite of tools is firmly established as the method of choice for cable trenching in Europe and beyond. The Aberdeen-based contractor’s in-house research, development and engineering team has created a suite of 14 non-contact Controlled Flow Excavation (CFE), Suspended Jet Trenching tools. Further game changing enhancements to CFE and related subsea services are due to be unveiled.