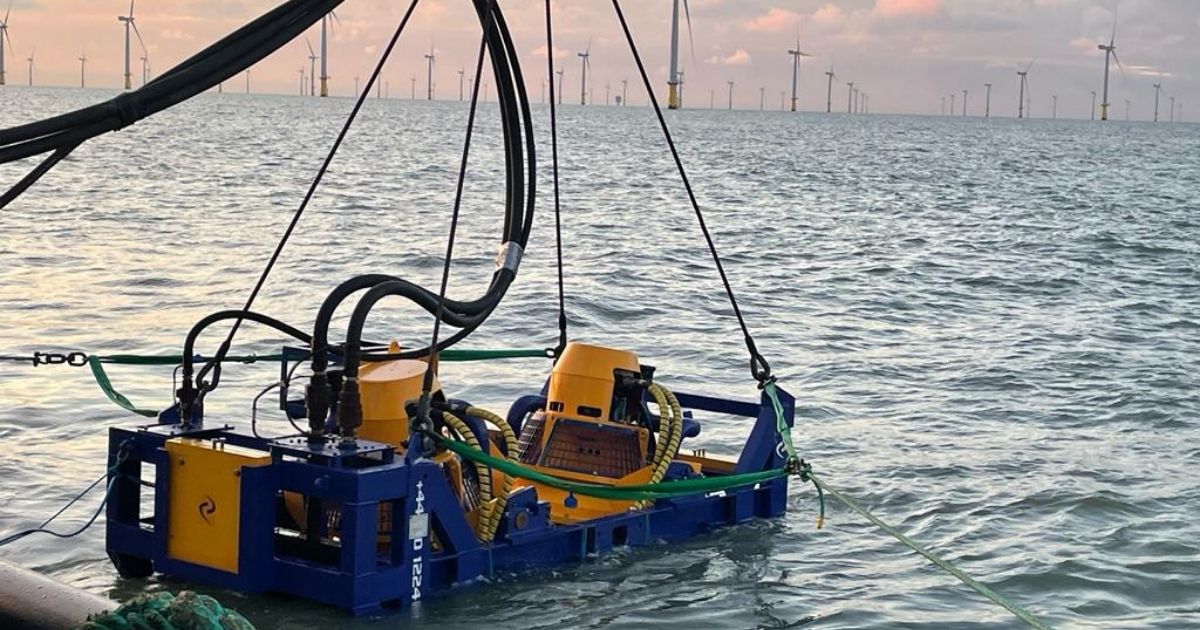 Rotech Subsea has completed key de-burial and post-lay trenching works in the outer Thames Estuary for a major marine services player. The works, on the London Array offshore wind farm, further establishes the company as the sector-leader in Controlled flow excavation (CFE) and suspended jet trenching.

In Q3, 2021, Rotech Subsea’s cutting edge TRS1LD tool successfully completed a de-burial and post-lay trenching campaign of 1,000m of subsea cable at the OWF. Deployed using the vessel crane of the Forth Jouster, the TRS1LD carried out the de-burial phase of the cable, which was 1-1.5m below seabed, in two passes. The cable was subsequently extracted. 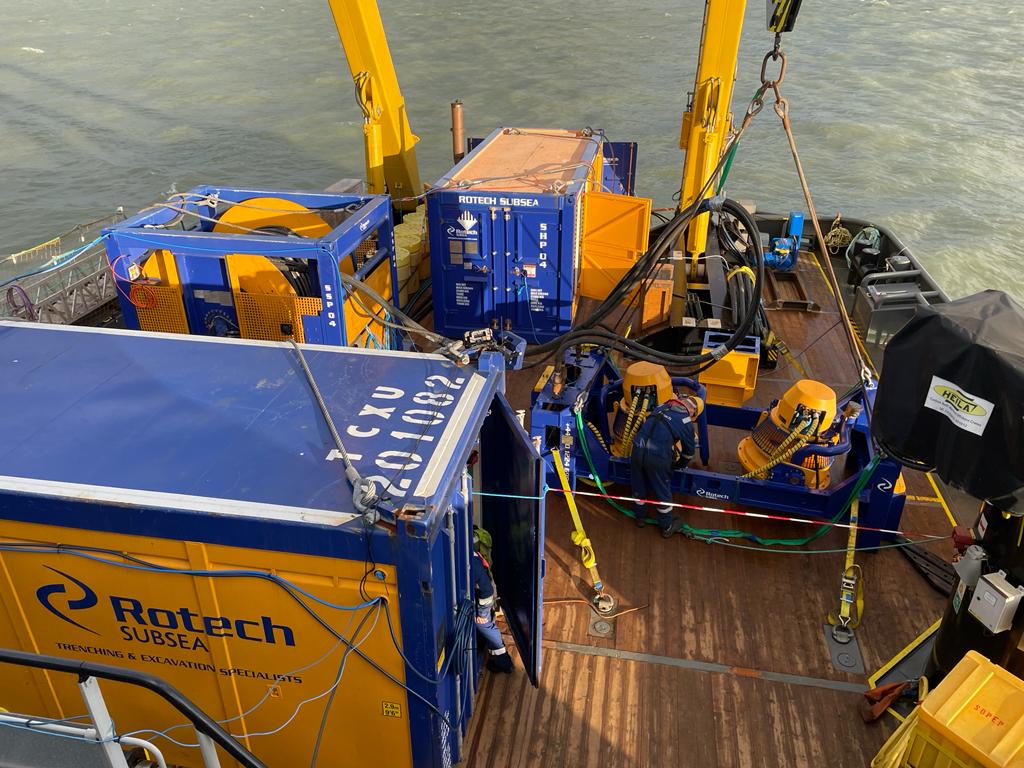 The subsequent post-lay trenching phase in October 2021 saw the TRS1LD mobilized on the Nora B with the cable buried to a minimum of 1.5m below seabed. A first pass excavated to 1.75-2.1m depth with a second survey pass confirming the cable had dropped to 1.5-2.6m depth below seabed.

“This London Array OWF assignment was another extremely successful deployment for our TRS1LD controlled flow excavator which is capable of delivering deep, narrow, precision trenches with speeds more than double that of competing Mass Flow Excavation tools or other methods such as contact trenching systems and ploughs.

“All operations were carried out at speeds of 2-4m/min depending on the areas with each phase completed in two passes to the satisfaction of the client who we look forward to collaborating with again.”

With enhanced capabilities, Rotech Subsea’s CFE suite of tools is firmly established as the method of choice for cable trenching in Europe and beyond. The Aberdeen-based contractor’s in-house research, development and engineering team has created a suite of 14 non-contact Controlled Flow Excavation (CFE), Suspended Jet Trenching tools. Further game changing enhancements to CFE and related subsea services are due to be unveiled in 2021.