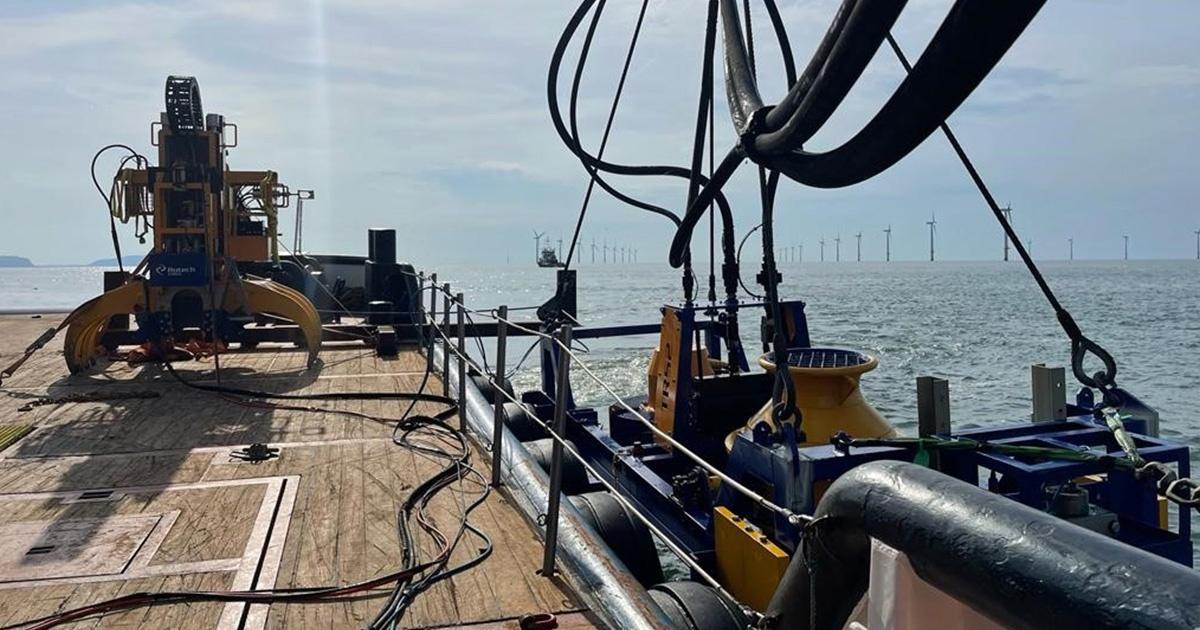 Technology-driven provider of innovative subsea tools to the energy industry, Rotech Subsea, has completed a cable de-burial, cut and recovery, and cable burial operations, at one of the world’s largest offshore wind farms.

The Aberdeen-based subsea jet trenching and excavation specialist mobilized its RS1-3 Hybrid Controlled Flow Excavation (CFE) tool to carry out the trenching scope of works and its proprietary RSG-C IRM tool to complete the cable cut and recovery in UK waters.

The project, which was completed in late 2022, saw Rotech Subsea’s RS1-3 de-bury 7.5km of export cable. Multiple cuts were carried out by the trenching and excavation sector leader with scrap cable recovered to deck of the support vessel. Subsequently new cable was laid, buried to 1.5m (ToP).

Operating in water depths ranging from 4-17m, and soils ranging from medium dense to very dense sand and soft clay to very stiff clay, 7.5km of cable buried at 3m below MSBL was de-buried by the precision RS1-3 hybrid CFE tool. Developed in-house by Rotech, the RS1-3 has a standard operating depth range of 1-300 meters, velocity of up to 14m/s and a controlled flow rate of 0-14,000 liters per second.

Upon successful de-burial of the cable, the RSG-C tool was deployed on grab, cutting and recovery operations. Positioned using a tool-mounted USBL transponder and survey nav screen in the Rotech control cabin, the cable was located using the tool-mounted Sonar head. Once located and grabbed, cable cutting operations took less that 15 minutes, with the process repeated at multiple locations along the cable. The RSG-C tool then recovered the cable to deck.

“This was another successful deployment for our RS1-3 and RSG-C tools which are in high demand globally for cable trenching and IRM scopes. Cable de-burial was completed in one pass at vessel speeds from 2–6 m/min and in total 14 cuts of the 200mm diameter cable were completed, each taking between 5–15 mins.

“Our RS1-3 jet trencher, which was developed and built in-house, was specifically selected for the de-burial and burial (at a depth of 1.5m top of cable) operations of the new cable because very stiff clay conditions were expected. With an outlet pressure of 350kPa, the tool completed the work scope successfully and efficiently with burial completed in two passes at vessel speeds from 1–4 m/min.”

Rotech Subsea’s research, development and engineering team has created a suite of 18 sector-leading non-contact CFE, Suspended Jet Trenching tools in-house at its Aberdeen HQ. With enhanced capabilities, Rotech Subsea’s CFE suite of tools is firmly established as the method of choice for offshore wind farm cable trenching and excavation in Europe and beyond.