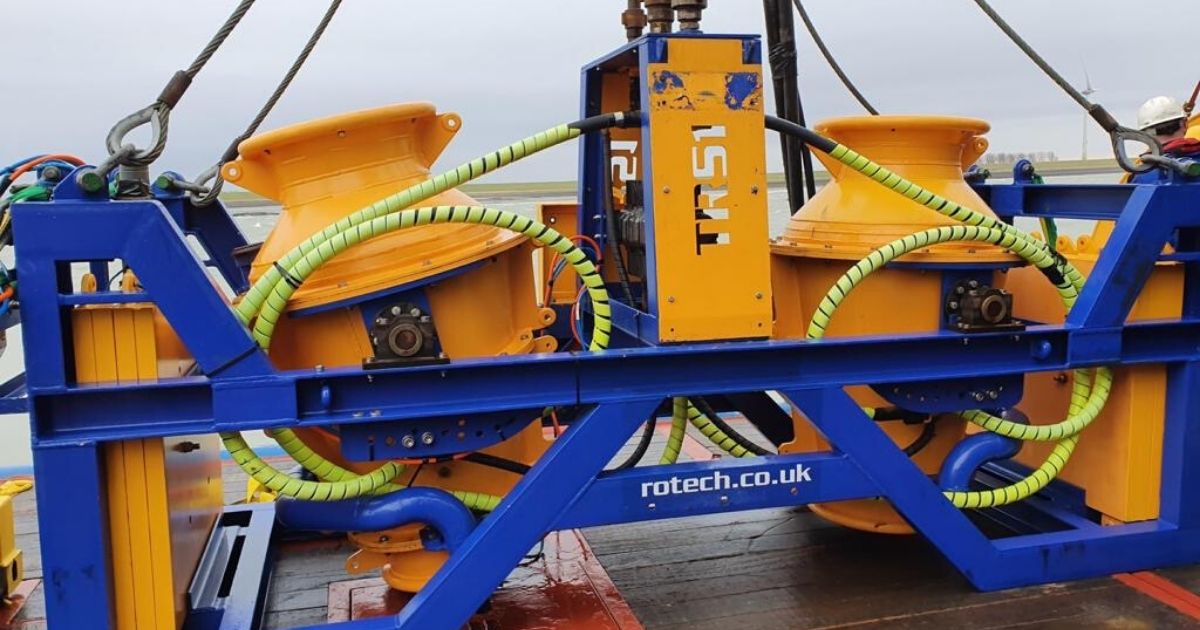 Rotech Subsea posted a strong end to 2019, a stellar year for the excavation and trenching specialist, by completing a major deburial scope in the North Sea.

Following the installation of the new subsea cable, the excavation specialist trenched the product in-situ to the client specification of 1.7m depth of burial. Two inter-array cables - totaling approximately 1.75km in length - were successfully de-buried and trenched to this specification. The de-burial included the dispersal of rock armor up to 1.7m in depth. Soils were predominantly clay, reaching shear strengths up to 80kPa.

Rotech Subsea’s sector-leading TRS1-LD tool was selected for the scope of work due to its unparalleled technical and performance capabilities, resulting in increased productivity and a reduction on the project’s total costs for the client.

“The unique capabilities of the new TRS1-LD Controlled Flow jetting tool saw it selected by the client,” said Rotech Subsea Director, Stephen Cochrane. “The TRS1-LD differs from mass-flow excavation tools because its patented design produces narrower, higher pressure jets which are up to seven times more powerful than some other excavation systems. This allowed the scope to be completed extremely quickly and effectively resulting in the project being completed on-schedule, and on budget.

“The TRS1-LD achieved an average progress rate of 3m/min and lowered the inter-array cable to client specification in just two passes. The project, which saw the subsea spread of equipment mobilized on the Glomar Wave and deployed using the ship’s crane, was another huge success for us in the North Sea.

“The sector leading international maritime infrastructure services provider has become a key client over the last five years since we relaunched the new Rotech Subsea business and we are proud to offer and deliver the latest and most powerful 2nd Generation tooling.”