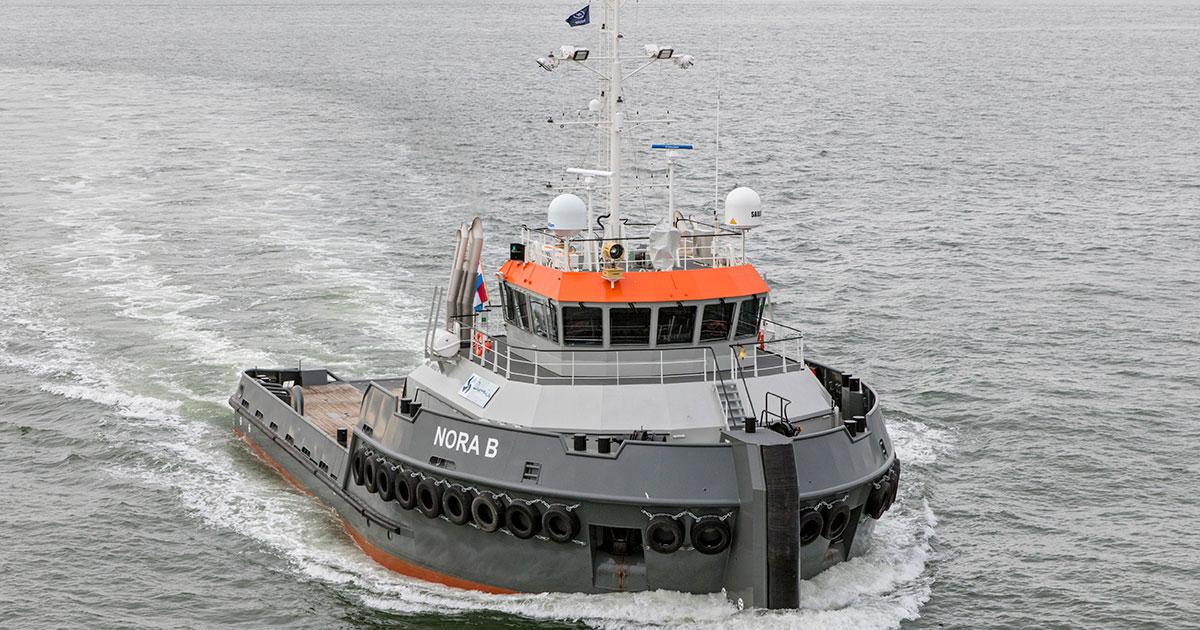 Recently Radio Holland supplied a complete NavCom package including VSAT Communications and Sat TV, as well as a DP2 system to a Hybrid shallow-water MPSV built at Neptune Marine (Netherlands).

This impressive vessel, called “Nora B”, is a multipurpose workboat designed for offshore survey operations and construction works in shallow waters, for the offshore service Owner and Operator Zumaia Offshore, S.L. (Bilbao, Spain).

Radio Holland supplied an extensive NavCom package of amongst others various Furuno NavCom equipment (X-Band radar, river radar, DPGS, echosounder, Navtex, AIS, MF/HF, BNWAS, Sat-C SSAS/LRIT), Jotron safety equipment, Sailor VHFs and VSAT, Intellian Sat TV, Raytheon Anschutz Standard 22 Gyrocompass and the DPT4500 DP2 system of RH Marine. The DP2 system is a requirement in offshore construction activities due to enforced safety restrictions in the field. The ship became operational in April and after having performed to client satisfaction at its maiden project in the Eemshaven area, North of the Netherlands, she is now mobilizing for her next assignment at the English Channel.

Kenneth de Grood, Account Manager Radio Holland Netherlands says: “We have already delivered and installed multiple extensive NavCom plus DP packages for several years now at Neptune and have built a close relationship with the yard as key supplier. The end customer Zumaia Offshore already had one of their previous vessels (Aitana B) equipped by Radio Holland with NavCom and a DP1 system. We are happy to work with Neptune and Zumaia again!”