Prysmian to Proceed with €200 Cabling Project for Vineyard Wind 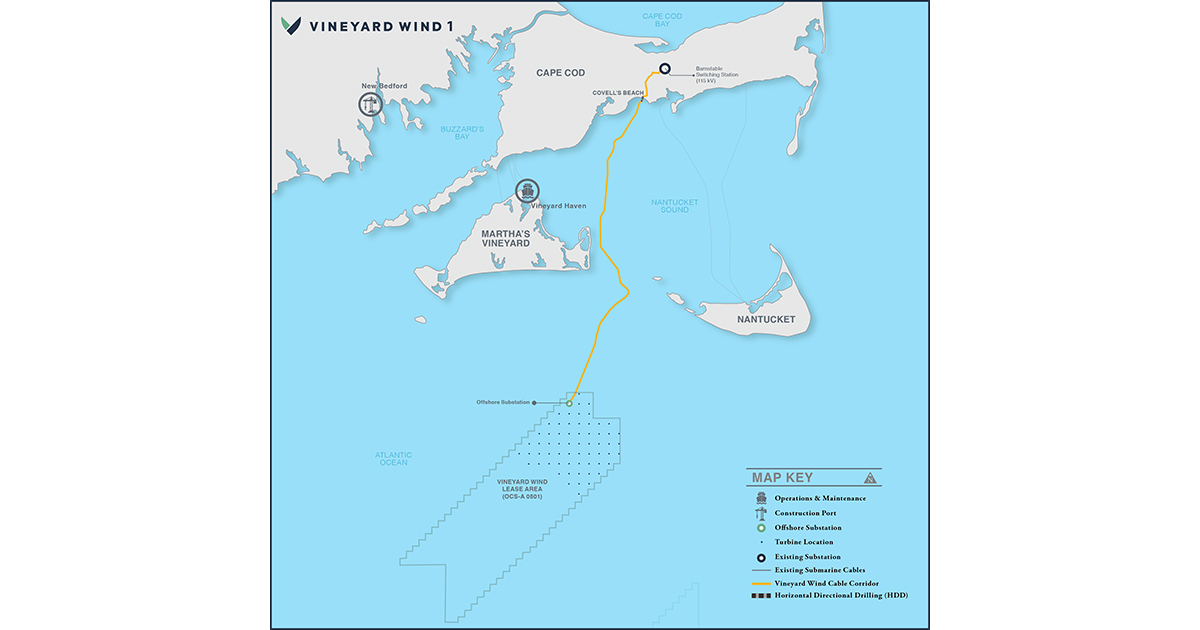 Prysmian Group, world leader in the energy and telecom cable systems industry, announces the obtainment of the Notice to Proceed for the approximately €200 million contract to supply a submarine power cable system for the Vineyard Wind 1 offshore wind farm. A milestone in the development of the offshore wind farm sector in the US, Vineyard will consist of an array of 62 wind turbines and will generate 800 megawatts of electricity annually and power over 400,000 homes.

Under the contract awarded in 2019, by Vineyard Wind, LLC, a US offshore wind development owned by funds of Copenhagen Infrastructure Partners and by Avangrid Renewables (part of the Iberdrola Group), Prysmian Group will develop a submarine power cable system project which will deliver clean energy to the mainland power grid. The Group is responsible for the design, manufacture, installation and commissioning of an HVAC (High Voltage Alternating Current) cable system composed of two 220 kV three-core cables utilising extruded XLPE insulation. The project requires a total of 134 km of power cables. The submarine cables will be produced in Prysmian Group’s centres of excellence for the production of submarine cables in Pikkala, Finland, and Arco Felice, Italy. Installation operations will be performed by Prysmian Group’s state-of-the-art cable laying vessels Cable Enterprise and Ulisse. Delivery and commissioning of the project are scheduled for Q4 2023.

"The resumption of the vineyard project confirms the acceleration of the United States towards the energy transition,” stated Hakan Ozmen, EVP Projects, Prysmian Group. “Prysmian aims at playing a key role in the development and upgrade of power grid infrastructures to support the transition to renewable energy sources in the US. We have state-of-the-art cable technology, large production and installation assets, as well as a wide presence and track record in the US," concluded Ozmen.

Prysmian Group has also recently announced the award of the SOO GREEN HVDC Link Project, a key milestone in building a US clean energy grid.