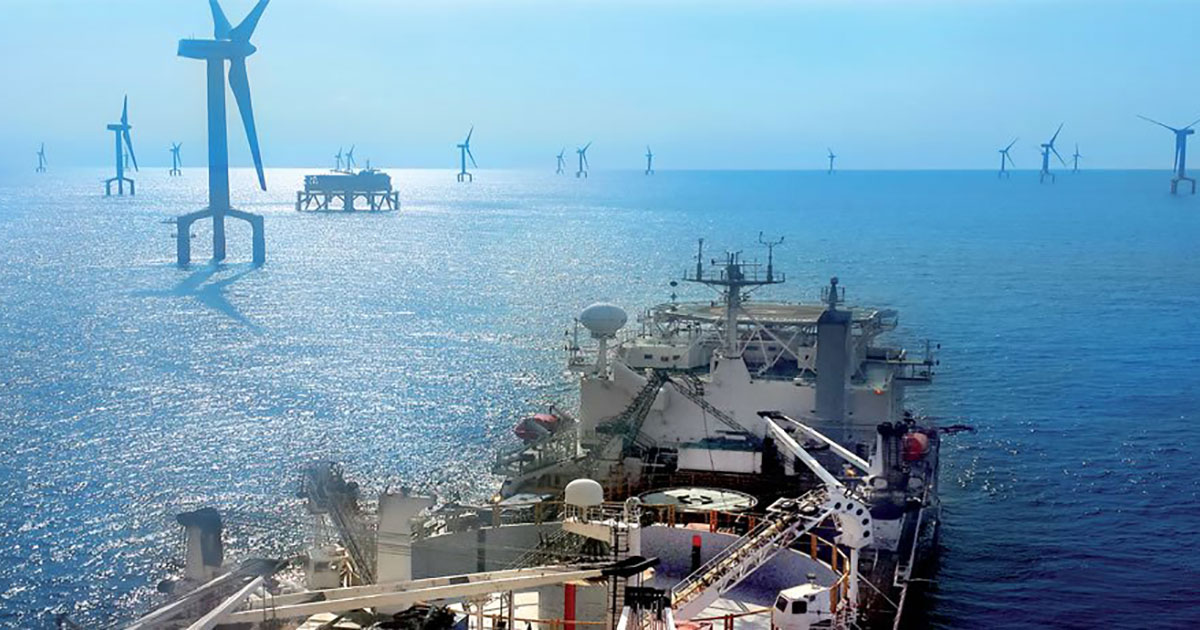 Prysmian Group has been awarded a contract worth over €150 million by Réseau de Transport d'Électricité (RTE) for the development of two submarine and land export power cable systems to connect the offshore wind farm located in between the islands of Yeu and Noirmoutier to the French mainland power grid.

The offshore wind farm is being developed by the company Les Eoliennes en Mer d’Ile d’Yeu et Noirmoutier which was awarded around 500 MW capacity production by the French government. RTE, the French transmission system operator appointed by the French government, will design, build, maintain and operate the two 225 kV links (submarine and land) to connect the offshore wind farm to the grid. The offshore wind grid connection project will be able to export 500 MW of green and renewable energy, covering a submarine cable route of around 27 km and an underground cable route of around 30 km.

Prysmian will provide its comprehensive turn-key approach for the design, supply, installation, and commissioning of two HVAC 225 kV three-core extruded export submarine cables with single-wire armoring which will reach the landfall area at La Barre-de-Monts beach. Prysmian will be also responsible for the supply and jointing of two HVAC 225 kV extruded land cables circuits that will link the landfall area to the substation at Soullans. Submarine cables will be produced at Prysmian’s centers of excellence in Pikkala (Finland) and Arco Felice (Italy), while land cables will be manufactured in Gron (France). Installation operations will be performed by the Cable Enterprise, one of the three Group’s state-of-the-art cable laying vessels. Delivery and commissioning are scheduled for 2023, conditional upon the receiving of the notice to proceed expected by March 2020 as regard the preliminary studies, and by June 2020 for the overall project.

“We are proud to be contributing to the development of infrastructures of such great strategic importance,” stated Hakan Ozmen, EVP, Projects Business Unit, Prysmian Group. “This contract not only consolidates our relationship with RTE, but also confirms Prysmian’s worldwide leadership in addressing the increasing need for upgraded power grids to support the energy transition,” concluded Ozmen.

Prysmian is already playing an important role in providing RTE or other customers with efficient and sustainable power transmission solutions, having recently been involved in key projects in France like Fécamp, Courseulles-sur-Mer and St. Nazaire offshore wind farms and the Provence Grand Large floating offshore wind farm (awarded by EDF Renewables), in addition to the IFA2 interconnection linking the UK and France, the Piedmont-Savoy interconnection between Italy and France, and the INELFE interconnection linking Spain (Santa Llogaia) and France (Baixas).