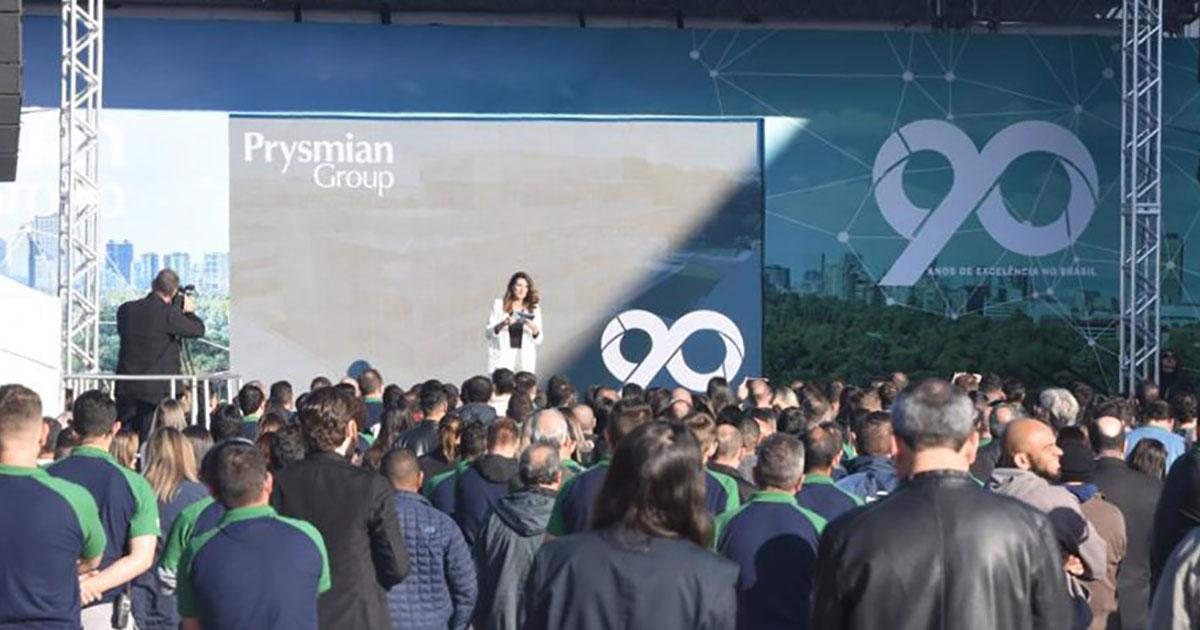 Prysmian Group, a world leader in the energy and telecom cable systems industry, is accelerating its integration with General Cable in South America and inaugurating the new Sorocaba regional headquarters in the region of Brazil's São Paolo province.

Prysmian is thus leaving its Santo André facility and integrating the Prysmian and General Cable organizations into the new Sorocaba headquarters, built for an investment of approximately €35 million, which also permitted expansion of the Poços de Caldas production facility.

The new headquarters was inaugurated by Chief Executive Officer Valerio Battista and LATAM Chief Executive Officer, Juan Mogollon, to mark the 90th anniversary of the Group's presence in Brazil during a ceremony attended by the Company's top managers, approximately 400 employees and major local clients and institutions.

“We are proud to celebrate our 90th anniversary in Brazil by inaugurating this new center of excellence capable of integrating the Group's best practices” commented Valerio Battista, CEO of Prysmian Group. “South America and Brazil are strategic markets where the integration with General Cable has improved our competitiveness, as shown by our positive performance in early 2019. Our investments in the Poços de Caldas and Sorocaba facilities will allow us to serve our clients even more effectively and take advantage of the opportunities that we believe the demand for broadband networks and renewable energy will present.”

In particular, the investments in the Sorocaba facility were aimed at building a new headquarters, replacing the previous Santo André facility, and expanding production capacity. Inspired by the same principles that guided the construction of the Group's global headquarters in Milan, the building is noteworthy for its strong sustainability standards and high level of innovation and digitalization. The expansive interior spaces, designed to take advantage of the benefits of natural light, support the wellbeing and integration of the approximately 340 employees who work there and who represent the new organization, formed by bringing together the best of what Prysmian and General Cable have to offer.

Considerable efforts have been made in Sorocaba to upgrade and increase the production capacity of the power cables, optical and metal data transmission cables and special automotive industry cables lines. A new distribution center has also been built in the new area, which extends over a total of approximately 23,000 square meters. The presence of a cutting-edge R&D centre will also help support Sorocaba in becoming one of the Group's international centers of excellence.