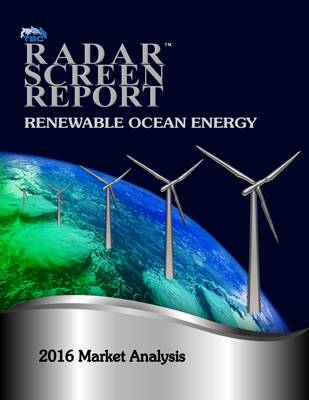 The offshore wind industry is expanding at a rapid pace, making timely, accurate intelligence more valuable than ever for companies who install, operate, and maintain subsea cable systems. Of course, the same is true for companies providing products and services in support of these companies.

How much demand is expected over the next five years? What are the major factors impacting the market? Where will future projects locate?

Radar Screen Reports for Offshore Renewable Cable Systems answers all of these questions. The annual report analyzes, reviews and forecasts the industry. The reports also expertly examines the forces driving the market, such as demand for renewable electricity sources, as well as those forces restraining growth (high costs, regulatory obstacles, etc.).

The report analyzes the demand for submarine cable for offshore wind farms and other offshore renewables, such as wave power and tidal. Using data from supply contracts that were awarded over the period from 2011 through the first half of 2016, the report even models demand for cable and forecasts future growth possibilities. It also analyzes market share and profiles the major suppliers’ capabilities and activities in the marketplace.

Radar Screen Reports for Offshore Renewable Cable Systems analyses timely data on a regional and country basis, including Europe, the United States and East Asia, with projections of these highly volatile markets well into the next decade.

Almost exclusively based for decades in a handful of European countries, offshore wind projects are spreading throughout that continent and beyond to the United States, China, Japan, Taiwan and other markets. The result: tremendous growth potential industry-wide for those prepared to take advantage. Radar Screen Reports for Offshore Renewable Cable Systems provides an in-depth overview of the state of the subsea cable market for offshore renewables, as well as insight into upcoming opportunities over the next five years. For more information, click here.