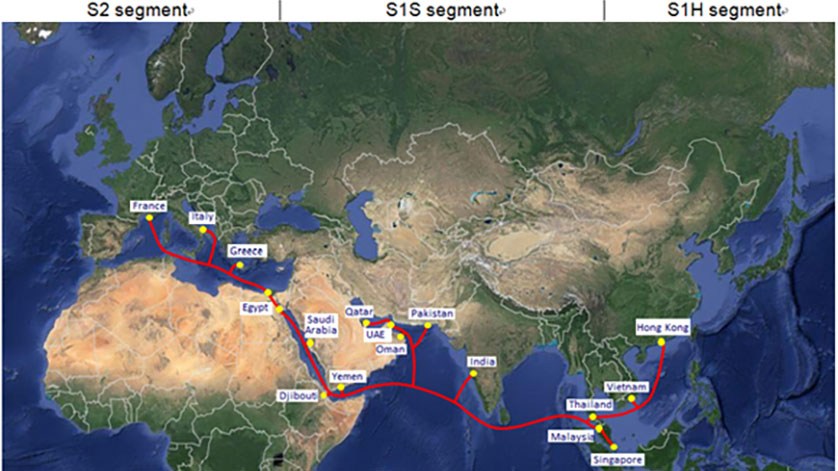 PLDT is set to open another international submarine cable link for the Philippines to three continents with the launch of the new Asia-Africa-Europe 1 Submarine Cable System (AAE-1) before the end of the year.

PLDT is investing an initial P500 million in the 25,000-kilometer international cable system through a partner in the consortium that owns the fiber optic submarine cable system linking Asia, Africa, and Europe.

“The AAE-1 cable system will further reinforce the resiliency of PLDT’s overseas links, expand the capacity and enhance the quality of our data and internet connections. This will enable us to deliver even higher quality service to our customers,” said PLDT FVP and Head of International and Carrier Business and President and CEO of PLDT Global Corp. Kat Luna-Abelarde.

“It will further accelerate PLDT’s digital pivot and expansion, allowing it to serve more customers not only in the country but in the continents of Asia, Africa, and Europe, as well.”

“This submarine infrastructure, with its state-of-the-art 100 Gigabits per second transmission technology and deployed with minimum design capacity of 40 Terabits per second, will reinforce PLDT’s international links to Europe and the Middle East via its Point-of-Presence (PoP) facilities in Hong Kong and Singapore. It will also provide new network diversity and resiliency in these regions,” said PLDT International Network VP Gene Sanchez.

According to Sanchez, “With AAE-1, the PLDT Group’s total international capacity will be over 4 Terabits per second (Tbps), significantly greater than that of competition, further underscoring the superiority of the PLDT network.”

The new cable system will become part of PLDT’s global network of 15 international cable systems, including four which land in the Philippines, namely: Asia Submarine-Cable Express (ASE), the largest-capacity international submarine cable system in the Philippines with a landing station located in Daet, Camarines Norte; the Asia Pacific Cable Network 2 (APCN2) and the Southeast Asia-Middle East-West Europe 3 (SEA-ME-WE3) which both land in Nasugbu, Batangas; and the Asia-America Gateway (AAG) that lands in Bauang, La Union.