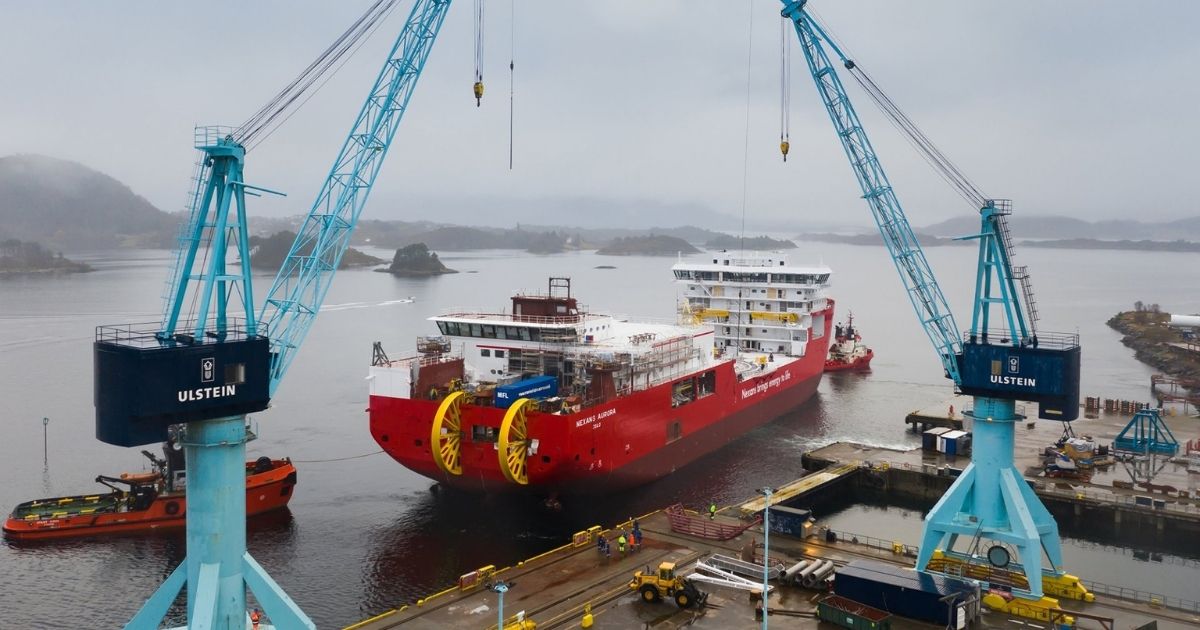 On November 8, 2020, Nexans’ next-generation Cable Laying Vessel, the ‘Nexans Aurora’ was launched at Ulstein Verft. The 149.9 m long and 31 m wide vessel will be working in the offshore renewables market, installing subsea cables including cables connecting offshore wind farms to the grid and interconnector systems.

The hull arrived at Ulstein Verft in June 2020 and has for five months been positioned in the roofed and controlled environment of the yard’s dock hall. During this period, various work tasks have been accomplished, including electrical installations, insulation work, installation of the remaining main equipment (e.g. engines, thrusters, main switchboards, winches) and cable lay equipment, other minor and major installations, interior and exterior painting.

After her launch, the Nexans Aurora will be positioned quayside at Ulstein Verft and will then enter the last outfitting and start-up commissioning phases.

The vessel will be the flagship in the Nexans fleet, and her first assignment will be for the Seagreen Offshore Wind Farm outside Scotland, starting in Q3 2021.

The vessel has been developed through the combined experience of Nexans, Skipsteknisk, Ulstein Verft and MAATS Tech, each world leading in their own fields to produce an advanced subsea cable and umbilical systems installation vessel for worldwide operations, covering the full range of shallow and deep subsea activities.