Nexans Celebrates the Next Step in Cable Installation 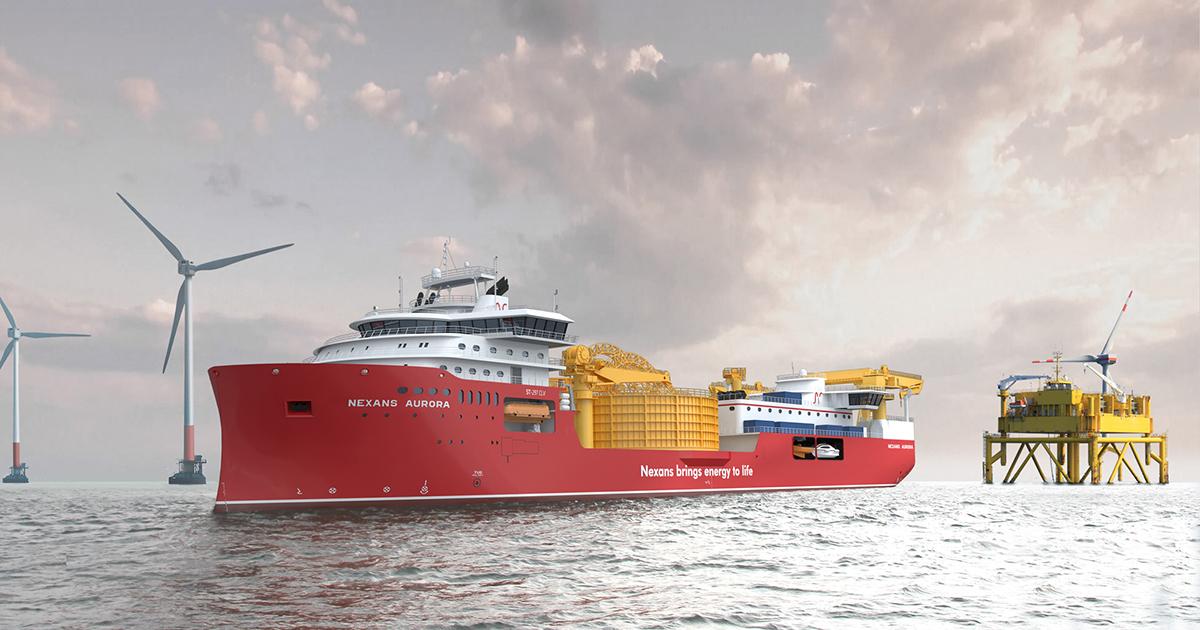 On 15 October 2019, Nexans hosted the grand block ceremony for their new cable installation vessel, the ‘Nexans Aurora’. The vessel will be completed at Ulstein Verft in Norway.

The grand blocks for the hull are currently being assembled at CRIST, Poland, and representatives from the owner, shipbuilders, ship designer and other partnering companies were present at the celebration.

The design is based on the combined experience of Nexans, Skipsteknisk, Ulstein Verft and MAATS Tech, each among the world leading in producing subsea cables, umbilical systems and installation vessels for worldwide operations.

Ragnhild Katteland, CEO Nexans Norway, expresses that “The building of this groundbreaking cable laying vessel is a major milestone in our company’s long-term strategy heading for the future in the energy market, and with the Grand Block Ceremony, we are one step further. To maintain our position as an important turnkey player in the field of submarine cables, contributing to securing the world’s energy supply by installing cable connections all around the world and contributing to the environmental green shift Nexans Aurora will be a most crucial asset.”

“The vessel is well prepared for complex construction tasks in severe weather conditions anywhere in the world. Ulstein Verft will carry out the final outfitting, commissioning and testing prior to the vessel’s delivery in 2021, and we are well prepared and eager to finalize this newbuild project for Nexans,” states managing director Lars Lühr Olsen at Ulstein Verft. 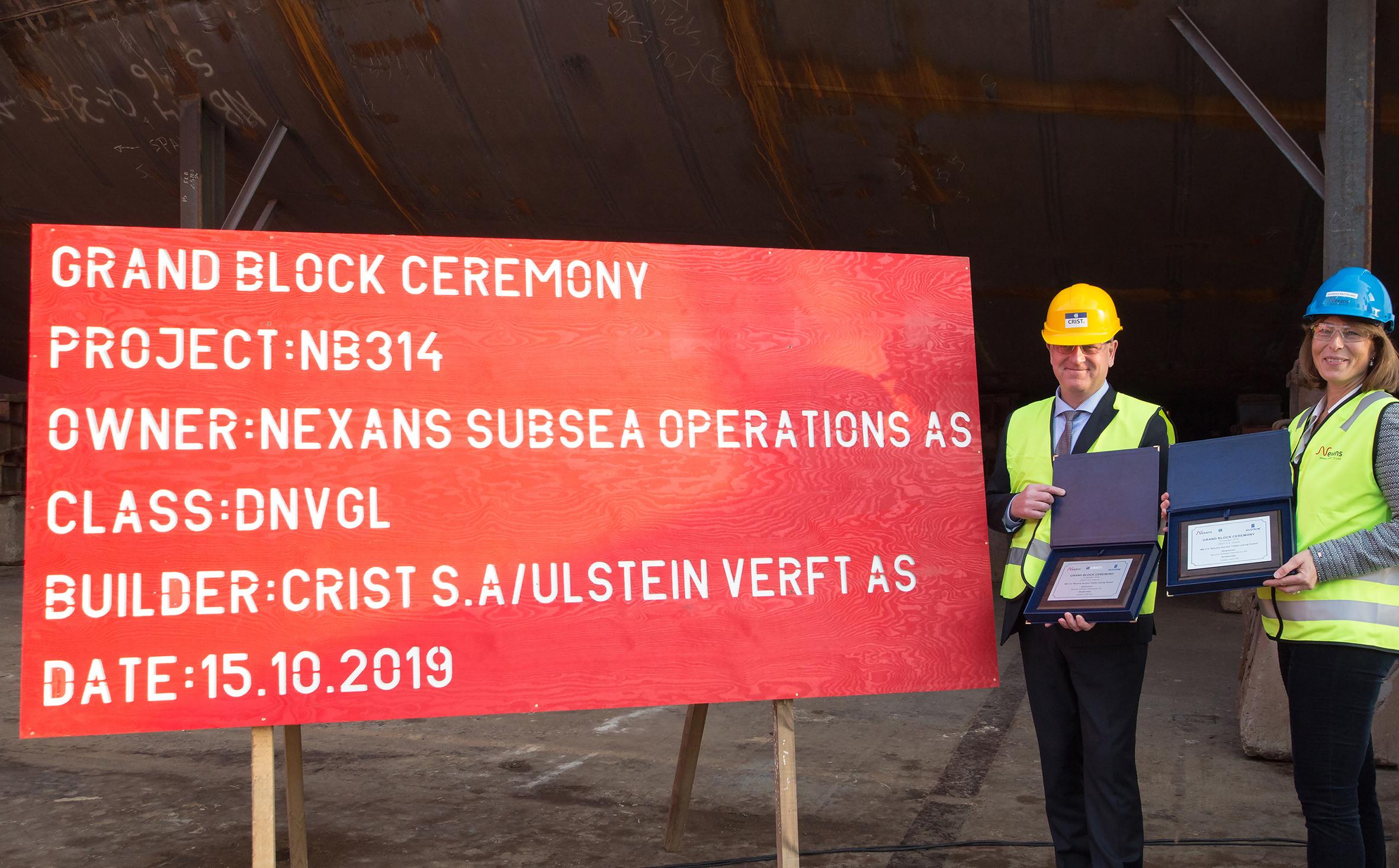 Bringing energy to the world

With a large 10,000-tonne capacity split turntable, the DP3 cable laying vessel represents a next step in offshore renewables. She will be outfitted for power cable laying, including bundle laying, cable jointing and repair and cable system protection and trenching. The vessel is developed for operations in rough weather and has high maneuverability and station keeping capabilities.

The vessel will play a vital role in installation of Nexans’ cutting-edge HV submarine cables that will bring more energy to the world, helping connect offshore wind farms to the grid, supporting electrification of offshore petroleum installations and creating interconnectors between countries.