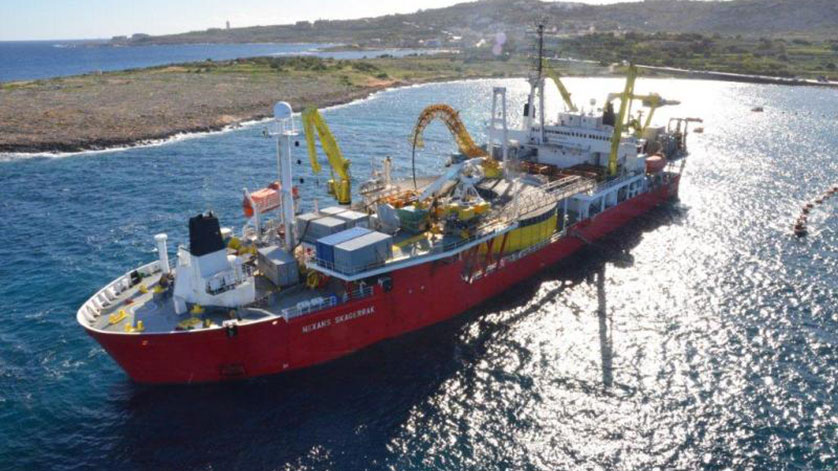 For decades, high-voltage direct current (HVDC) mass impregnated (MI) cables have been the preferred solution for long-distance submarine transmission. This year, Nexans is celebrating 40 years since its HVDC MI cables were first put into commercial service at the Skagerrak Interconnector submarine HVDC link between Denmark and Norway.

In 1977, the Skagerrak link, which is owned and operated by Energinet.dk in Denmark and Statnett SF in Norway, represented the first time high-voltage cables were installed for such a long distance sea crossing (130 kilometers) at a water depth of 550 meters.

In operation, the links of the Skagerrak Interconnector enable additional renewable energy to be integrated into the power mix and more efficient use of electricity by connecting the Norwegian grid, which is largely hydroelectric based, with the Danish grid, which is primarily thermal and wind power based. With 40 years of service and counting, the Skagerrak Interconnector’s HVDC MI cable systems from Nexans have definitely proven their strong reliability and longevity.

Nexans’ Skagerrak 1 and 2 HVDC MI cables are operating at 250 kilovolts, and each cable has a power rating of 250 megawatts (MW). As the demand for energy between the countries increased, additional power transmission has been installed. Today, four cables have a total power rating of 1,700 MW, which represents the energy needs of nearly 25 000 typical Scandinavian households.

HVDC MI cables from Nexans are used for transmission links worldwide including the Skagerrak line and other interconnectors such as Sweden-Finland (Fenno-Skan) and Estonia-Finland (EstLink 2). They also are being used for the upcoming HVDC links between Italy and Montenegro (Mon.Ita), Norway and Germany (NordLink) and Norway and the United Kingdom (NSL).

“Through decades of research and development in design, materials, testing, manufacturing processes and installation techniques, Nexans has been able to push the limits for voltage levels, power transmission capacity and installation depth for MI cable systems. Ongoing research and development activities for MI cable systems focus on even higher voltage levels and increased transmission capacity, resulting in new possibilities for bulk transmission of vast amounts of electrical energy over long distances,” says Vegar Syrtveit Larsen, Technical Director, Nexans Norway. We are proud to say that as of today, Nexans has more than 2,600 kilometers of MI cables in service, and with the upcoming links, this figure will be almost doubled by the end of 2021.