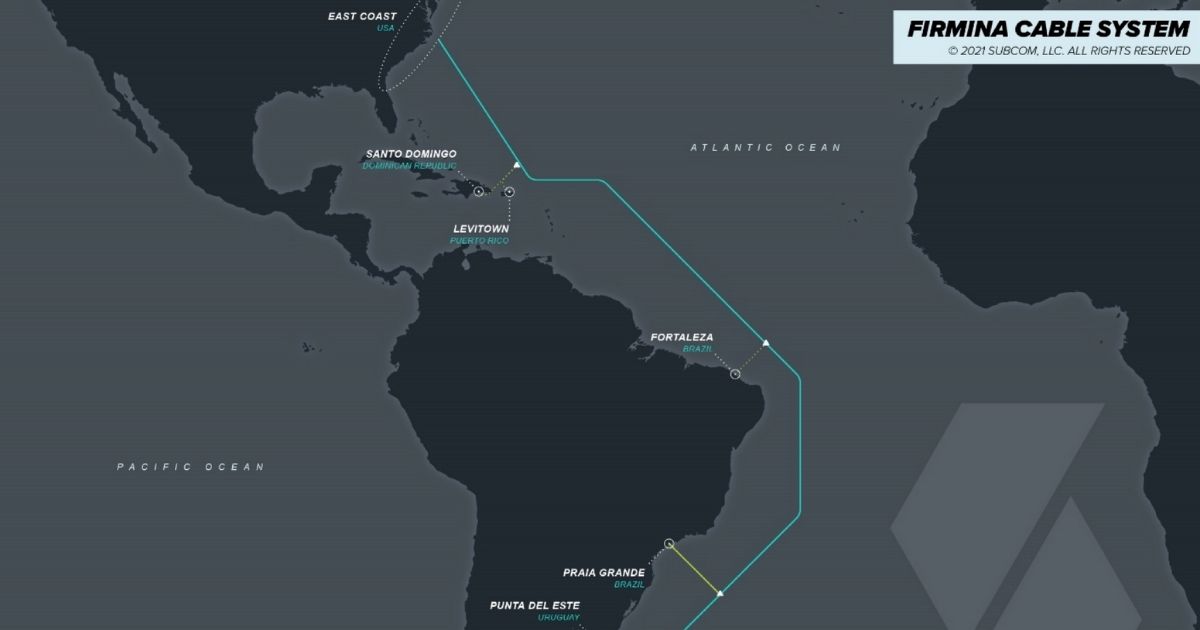 SubCom, in conjunction with Google, today announced that a contract is in force for the design, manufacture, and deployment of Firmina, a new high- speed undersea cable system connecting North and South America.

The cable will run from the East Coast of the United States to Las Toninas, Argentina, with additional landings in Praia Grande, Brazil and Punta del Este, Uruguay. Designed as a twelve-fiber pair trunk, Firmina will improve access to Google services for users in South America.

Leveraging SubCom’s industry-leading 18kV power technology, Firmina was designed to be the world's longest cable capable of maintaining operations with single-end feed power, in the event there is a far-end fault. This single-end power source capability, a priority for customers like Google, is critical for the reliability and overall resilience of the system. SubCom’s system powering expertise and continued investment in powering technology research & development will enable the company to achieve another significant industry first on behalf of one of its customers.

Manufacture of the cable and equipment will take place at SubCom’s recently expanded manufacturing campus in Newington, NH, USA during 2021 and early 2022, with main lay installation operations scheduled for summer 2022. The system is expected to be ready for service by the end of 2023.

In a blog post announcing the cable, Bikash Koley, VP Global Networking, Google Cloud stated: “As people and businesses have come to depend on digital services for many aspects of their lives, Firmina will improve access to Google services for users in South America. With 12 fiber pairs, the cable will carry traffic quickly and securely between North and South America, giving users fast, low-latency access to Google products such as Search, Gmail and YouTube, as well as Google Cloud services.”

“It is our privilege to once again partner with Google to supply a high-speed, high-capacity undersea cable system that will encompass some of the most advanced transmission technologies in the world,” said David Coughlan, CEO of SubCom. “Our organization is built to take on the connectivity challenges that our customers present to us regularly. Having invested heavily in our R&D and manufacturing capabilities, SubCom is able to develop systems that meet the exacting demands of the world’s most active service providers, and to leverage the industry’s most advanced fleet of cable ships to deploy them.”

As with previously built Google cables, the organization sought to “honor a luminary who worked to advance human understanding and social justice.” The cable is named after Maria Firmina dos Reis (1825 - 1917), a Brazilian abolitionist, considered Brazil’s first novelist, whose 1859 novel, Úrsula, depicted life for Afro-Brazilians under slavery.