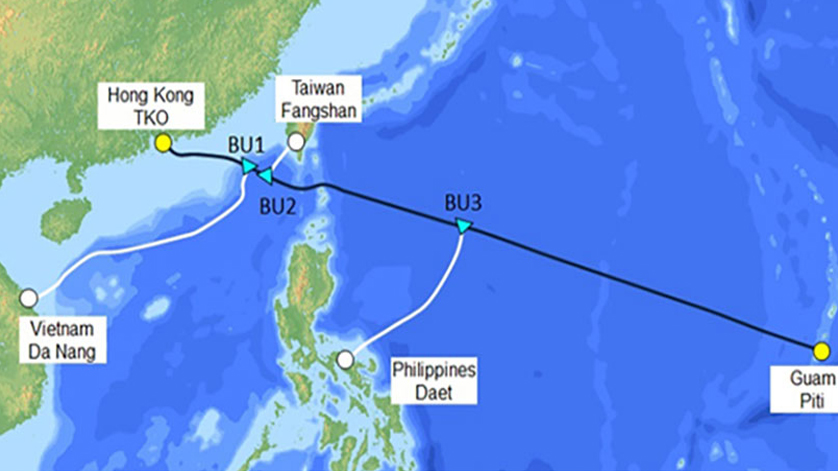 The 3,900 km Hong Kong-Guam Cable System (HK-G) is scheduled to begin operation in January 2020, featuring 100 Gigabit per second (Gbps) optical transmission capabilities that deliver a total capacity of more than 48 Terabits per second (Tbps). This contract will partially utilize capital from the Fund Corporation for the Overseas Development of Japan's ICT and Postal Services (Japan ICT Fund).

The HK-G is slated to connect in Guam with the SEA-US optical submarine cable system that directly connects Southeast Asia to the United States, and that NEC began constructing in March 2015. As a result, this project contributes to the expansion of communications networks between China, Hong Kong and the United States, in addition to those between Southeast Asia and the United States. Moreover, the HK-G will complement other regional submarine cables, thereby increasing network redundancy and helping to ensure high capacity, highly reliable communications.

"NEC is delighted to be selected as the supplier of the HK-G Submarine Cable planned by RTI Connectivity," said Mr. Toru Kawauchi, General Manager of NEC's Submarine Network Division. "With Guam becoming a new hub in the Pacific, we look forward to helping the RTI group of companies provide for the expanding Asia-Pacific demand for more connectivity."