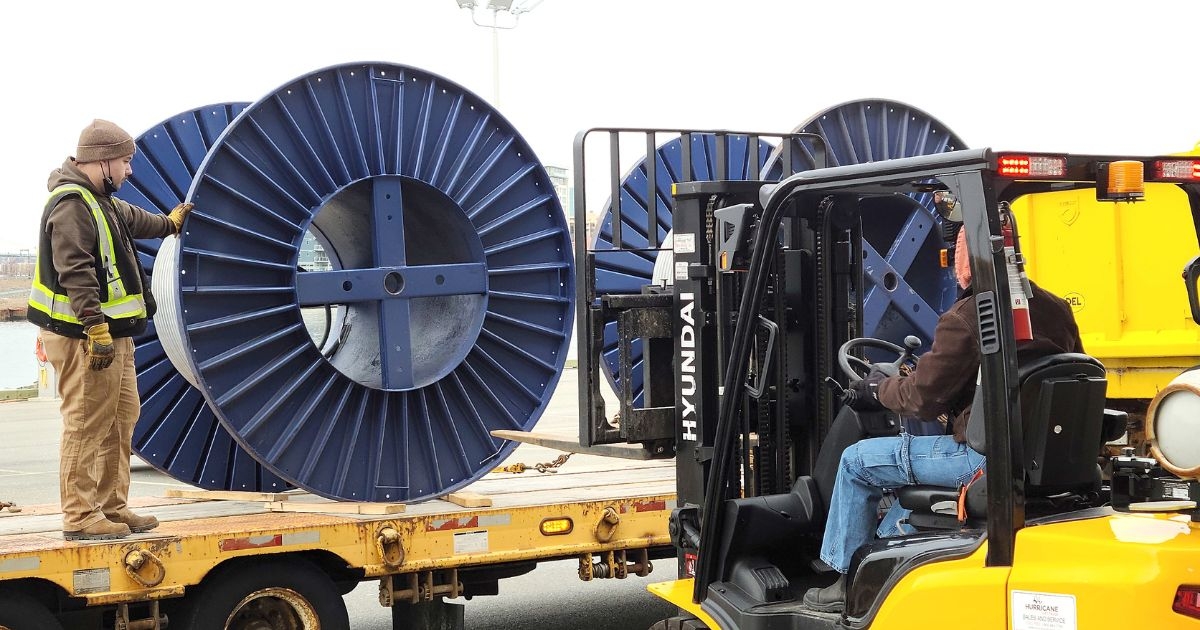 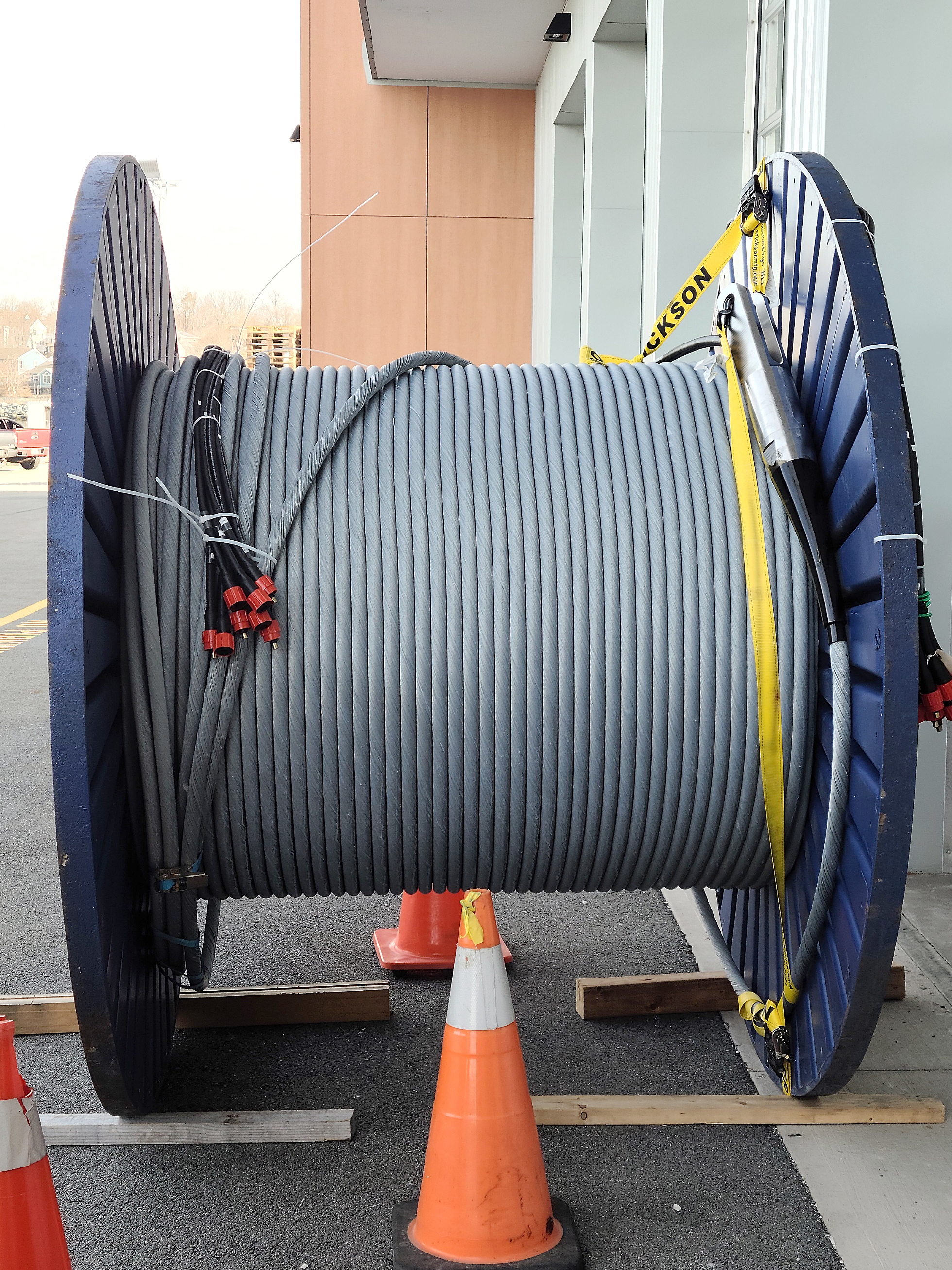 The double armoured EOM cables will facilitate power and telemetry to the payload while supporting its mechanical load.

On each cable's 'wet end', the workshop team at MacArtney Canada installed a customized TrustLink Type IV-S steel termination, allowing mechanical strain transfer from the towed system to the cable armour isolating the copper or electrical conductors from the force. A moulded bend restrictor was potted onto the cable, protecting it from exceeding its minimum bend radius.

The inner cable bundles were threaded through the TrustLink terminations, through protective hoses, and moulded in place. At the end of the cable, x8 SubConn® Power 1 kV inline cable whips were wired and moulded onto each cable in 'y-splice' configurations. The optical conductors within the cable bundle were also fused and moulded with OptoLink A04 CCP whips.

The armour was cut, clamped, and moulded in place on the 'dry' end of each cable. The inner cable bundles were threaded through tubes and moulded. The electrical and optical conductors were terminated in a 'y-splice' mould with SubConn® Power 1 kV inline whips and OptoLink A04 CCP whips, respectively.

Both cable reels were tested successfully and delivered to the customer on schedule.

TrustLink, SubConn®, and OptoLink products are chosen and trusted by MacArtney's customers industry-wide for their high build quality and unmatched dependability.

MacArtney Canada is strategically located at the COVE – Centre for Ocean Ventures & Entrepreneurship in Dartmouth, Nova Scotia – the east coast hub of the maritime industry.