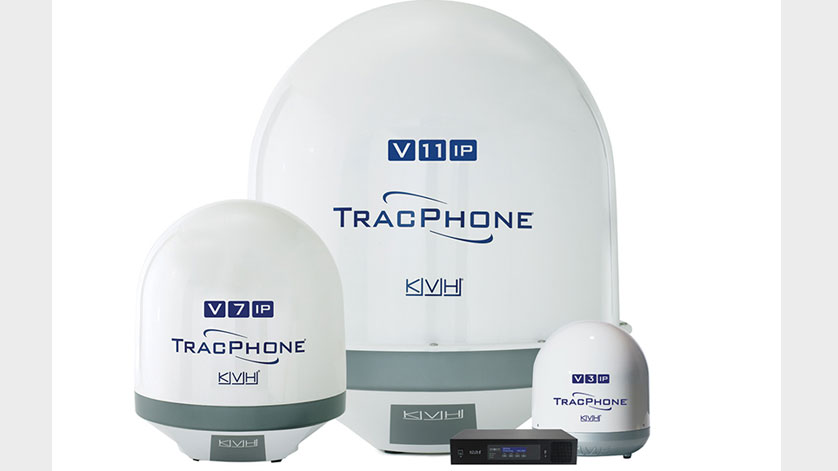 KVH Industries, Inc., announced that it has shipped more than 7,000 mini-VSAT Broadband systems, designed and manufactured by KVH to provide mobile connectivity at sea. The TracPhone V-series satellite communications antenna systems are currently in use on everything from small recreational sailboats cruising the coastline to 1,000-foot commercial freighters transiting the world’s oceans.

KVH launched the mini-VSAT Broadband service just 10 years ago, in July 2007, and has seen the popularity of the service grow, coinciding with an overall trend in the maritime industry toward increased reliance on broadband connectivity.

As recently as September 2016, a leading industry analyst, Northern Sky Research, reported that KVH’s mini-VSAT Broadband customers account for 29% of the vessels using Ku-band service, more than double the 14% share of the nearest competitor.

This dominant market share continues to be supported by significant customer wins from leading commercial maritime operators. The TracPhone V-series antenna systems are noteworthy for their technical innovation and performance, having won numerous awards, including the National Marine Electronics Association’s 2016 product of excellence award.

“Our mini-VSAT Broadband network is robust and fully global, and we are thrilled that thousands of our TracPhone V-series antenna systems are already in service around the world,” says Martin Kits van Heyningen, KVH’s CEO. “Our continuing dominance in the VSAT market is testimony to our heritage of innovation. It’s even more exciting to look ahead to how we can augment our existing network and enable KVH to support the dramatic surge in demand for data that the shipping industry is projected to experience over the next 10 years.”

KVH launched the mini-VSAT Broadband service with a commitment to provide fast, affordable satellite Internet and phone services via compact antennas at a time when slow data and expensive airtime costs were the norm. In 2012 – only five years after the network’s launch – industry reports found that mini-VSAT Broadband was the market share leader in maritime VSAT, a position KVH has retained consistently in subsequent industry reports.