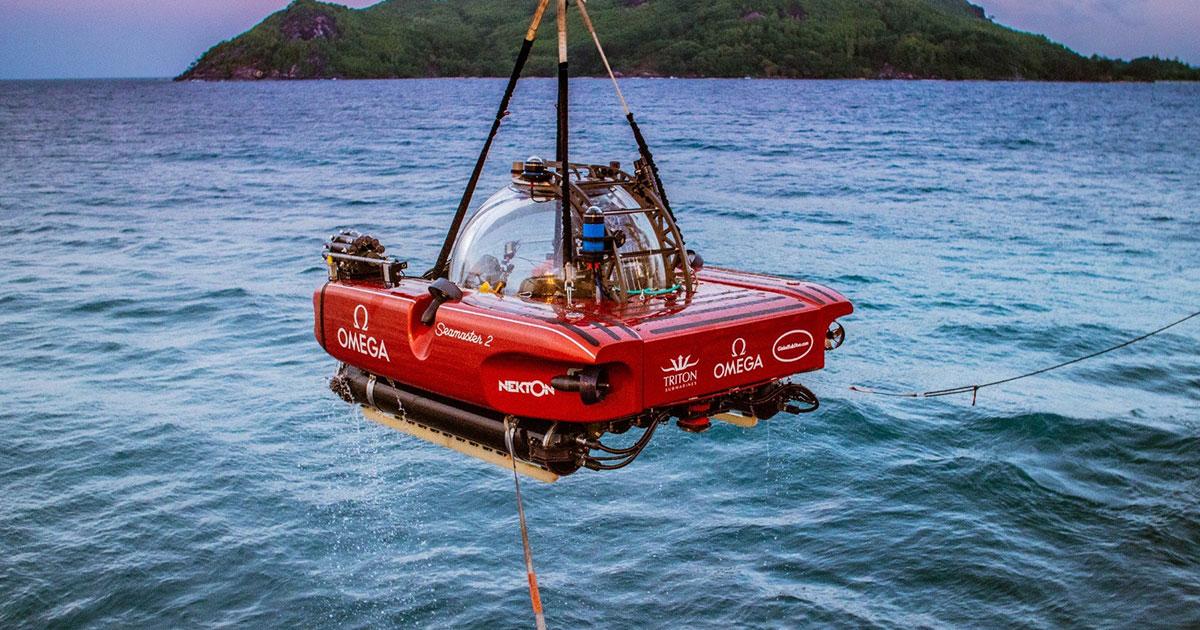 Increasing our knowledge of the marine fauna that populate the depths and the physical systems governing ocean behaviour is essential for a scientific community seeking to better understand climate change and assist political strategies to protect the underwater environment.

The remote setting creates challenges for scientists in what are increasingly collaborative endeavours, involving multi-disciplinary teams that are disparately located. Furthermore, researchers are often using advanced instruments that have never before been deployed in the field; if something goes wrong, troubleshooting can be a drawn out and frustrating process.

Until recently, a major aggravating factor has been the lack of decent communication when a research vessel is situated at some remote oceanic outpost. However, advances in satellite infrastructure and the associated onboard equipment such as antennas and terminals mean ships can now communicate in real time allowing shore-based partners to follow the excitement of a mission as it happens. 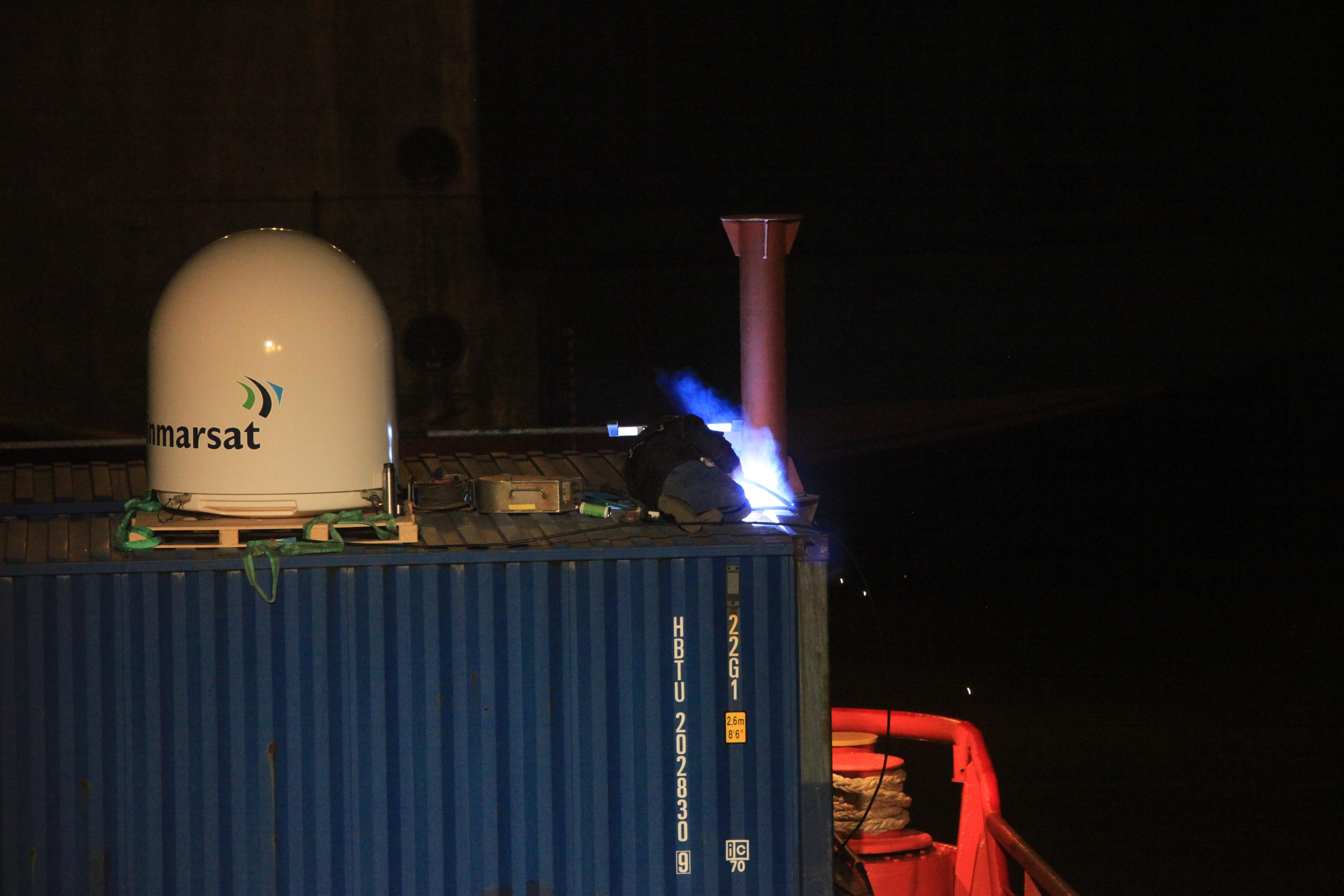 The extent to which connectivity can transform science missions at sea is abundantly clear in the Nekton Mission, which among other things is marrying communications with innovations in AI and Big Data to accelerate exploration and conservation of the Indian Ocean - the world’s least explored and least protected marine zone.

The initial expedition in the First Descent series took place off the Seychelles in 2018. Despite having an ocean territory of 1.37 million square kilometres, to date little research has been undertaken beneath scuba depth (30m). A primary goal of the expedition – and those to follow – is to help establish a baseline of marine life and measure the state of the ocean, with particular focus on the bathyal zone (200m to 3000m) – depths richly populated with fish and other marine fauna.

The submersibles and remotely operated vehicles involved in the Nekton Mission bristle with an array of research, sampling, survey and video technologies, including 15 different camera systems that will enable scientists to create the first 3D maps of newly discovered deep sea ecosystems.

Inmarsat’s Fleet Xpress maritime broadband service delivers enough performance and reliability to allow live audio and video streaming between vessel and shore, important for both research and outreach activities. High throughput makes it easier to transmit and share large datasets, while the ability to deliver real-time updates matches expectations for the hyper-connected audiences of today, raised on accessing media on-demand.

In fact, sharing footage taken from the subsea cameras in real time is an integral part of the project – and not just among fellow specialists. Images have been distributed live by media outlets including Associated Press along with a series of live subsea programmes produced by Sky News and Sky Atlantic. At one point, pictures were even beamed to the giant screens positioned above the concourses of London’s major railway stations, offering commuters a live ‘feed’ to events unfolding deep beneath the waves on the other side of the world.

Inmarsat’s VP for Offshore Energy, Eric Griffin, explains how the technology worked: “The mothership for the mission, Ocean Zephyr, was fitted with two high-power SAILOR100 GX antennas supplied by Cobham SATCOM that were configured to run simultaneously. One was dedicated to getting broadcast quality images back to broadcasters, while the other was reserved for data transfer and operational communications.”

Today such outreach is vital. Effective engagement with the public often ranks highly in the mission statements of universities and research bodies because public funding demands demonstrating value-for-money to taxpayers. Again, for research tours that are privately funded, commercial sponsors can be keen to advertise by association.

“Cobham’s partnership with Inmarsat to provide Fleetbroadband connectivity for the Volvo Ocean Race is perhaps the most recognized example of how our combined capabilities deliver outstanding results for any organization aiming to widen reach and expand audience engagement,” says Matt Galston, Sr. Director Global Market Strategy and Development at Cobham. “The Nekton team’s use of Fleet Xpress and SAILOR 100GX High Power terminals raises the bar, succeeding not only in audience growth, but also in bringing the global scientific community right on board the ship, enabling real time collaboration to improve mission outcome and better understand our constantly changing planet.”

But livestreams are also invaluable to scientists who cannot participate in person, whether due to restrictions on numbers, or insufficient funds or time to go to sea. With a satellite-enabled link, everyone can watch. The enhanced connectivity can help the onboard team respond to the unexpected or unknown.

The fact is that empirical data remains the backbone of research, wherever the recipient is located. By allowing large volumes of raw data to be speedily shared among the scientific community, the high-throughput of Inmarsat Fleet Xpress can help accelerate research. Shore-based research teams can then set about analysing the data while the mission is still underway, and report back to the ship if they spot something that merits follow-up.

“This is a real game-changer,” comments Griffin. “Before the arrival of Fleet Xpress, scientists would seldom have the chance for real-time interaction. They wouldn’t get their hands on the data until after the ship returned home. If it turned out to contain something special, they would have to cross their fingers and hope it wouldn’t be too long for a return visit. That could be a wait of several years, and even then the vessel might not head to exactly the same spot.”

Meanwhile, the potential of the Nekton Mission continues to unfold. Nekton has teamed up with the University of Oxford to develop artificial intelligence tools, for example, to accelerate analysis and publication. Data will be made available through OCTOPUS – Ocean Tool for Public Understanding and Science – to provide a holistic and dynamic view of the changing state of the Indian Ocean, its biodiversity and human impacts.

Better connectivity can also increase participation. Improved real-time communication opens the door for experts from developing nations to join the scientific exploration of the oceans. In fact, promoting local engagement is one of the Nekton Mission’s broader objectives.

The project organisers made sure to create opportunities for marine scientists based in the Seychelles to participate in all aspects of the expedition. This eye to capacity-building is intended to foster the leadership, tools, skills, knowledge and networks needed to empower long-term sustainable ocean governance at a local level.

Together with datasets and research findings emerging from the expedition, this inclusive approach is intended to support the Seychelles implement a Marine Spatial Plan, which will see around one-third of its national waters protected as part of building a sustainable Blue Economy. This is important because the way the Indian Ocean changes in the coming decades will profoundly affect the lives, livelihoods and wellbeing of the 2.5 billion people living in the region.