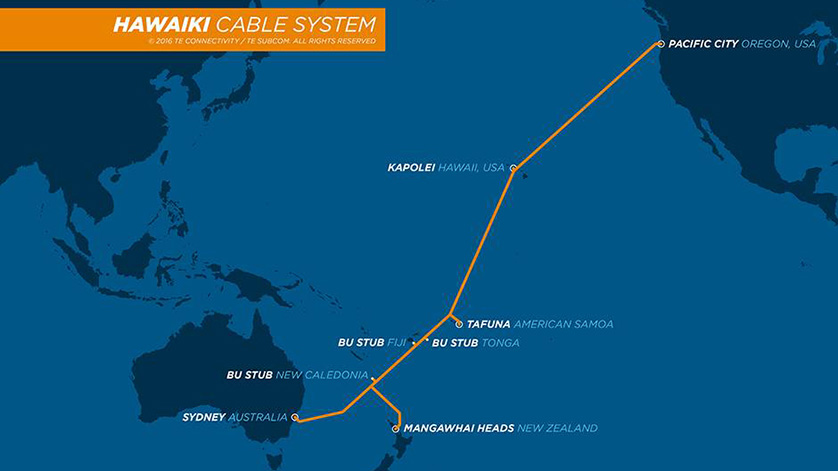 Hawaiki Submarine Cable LP and TE SubCom, a TE Connectivity Ltd. company and an industry pioneer in undersea communications technology, has announced that more than half of the 15,000km of undersea fiber-optic cable that comprise the Hawaiki transpacific cable system have been implemented by TE SubCom.

With several thousands of kilometers of undersea fiber-optic cable on board, TE SubCom’s cable-laying vessel CS Responder is now berthed in Auckland, poised to begin marine activities for the New Zealand leg of the transoceanic cable system later this month. The operation will include the landing of the Hawaiki cable in Mangawhai Heads.

“The start of 2018 finds Hawaiki closer and closer to ready for service”, said Remi Galasso, CEO of Hawaiki. “Landing the cable in its home country represents a major event for our team and I would like to take this opportunity to thank all our New Zealand partners for their continuous support. Hawaiki will bring huge benefits to New Zealand in terms of greater connectivity to Australia and the US, security of supply, diversity and increased business opportunities for the Telecom and IT industries.”

Chris Carobene, vice president, Marine Services, TE SubCom said, “We’re proud of the progress to date on the Hawaiki system and look forward to it being ready for service later this year. The project showcases the SubCom team’s expertise in the transpacific market and has been a great example of the kind of partnership that results in a successful venture.”