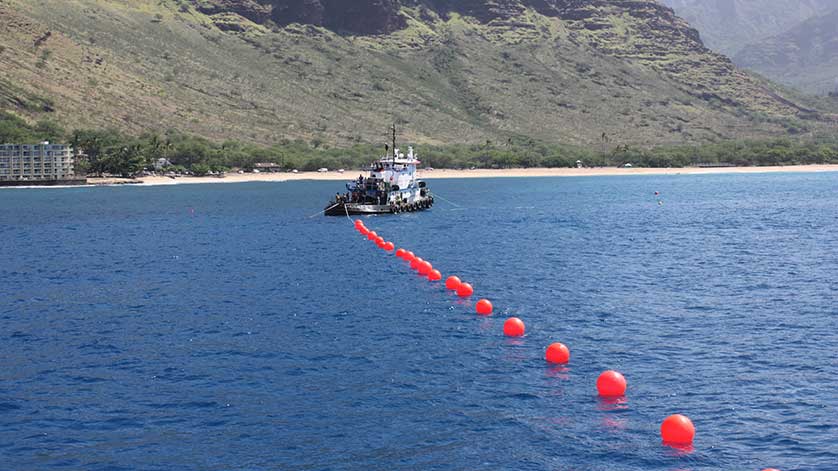 “We’re proud to be part of this significant achievement for Hawai‘i as SEA-US is the most technologically advanced trans-Pacific cable system that will meet the growing broadband demands between the U.S. and Asia,” said President and CEO Scott Barber. “This landmark cable system ensures Hawaiian Telcom has the capacity to cost-effectively support bandwidth requirements of cloud, streaming video, Internet of Things, and new applications that spur innovation and economic growth for Hawaiʻi’s residents and businesses.”

According to a report completed by the University of Hawai‘i Applied Research Laboratory and the Johns Hopkins University Applied Physics Laboratory, Hawai‘i’s economic future was at risk because existing trans-Pacific cables were reaching the end of their useful lives and new undersea cables had bypassed the state.

“Hawaiian Telcom and the other members of the SEA-US consortium have provided our state with critical infrastructure and virtually unlimited connectivity across the Pacific that effectively ensures our economic vitality today and into the future,” said Governor David Ige.

To offset this substantial investment, Hawaiian Telcom offered bandwidth directly to carriers and enterprise customers. By 2015, the year construction on the cable began, nearly $30 million of its capacity was sold, validating the need for bandwidth on the trans-Pacific route and confirming a strong return on investment. Not only have capacity sales already exceeded Hawaiian Telcom’s investment, but it has access to additional excess capacity to further monetize.

The SEA-US cable system is designed with state-of-the-art 100 Gigabit per second technology delivering 20 terabit per second capacity. However, the system is engineered to enable far greater capacities as technology advances in the future. It provides the fastest direct access between the U.S., Philippines and Indonesia, extending nearly 9,000 miles on a route that bypasses congested, earthquake-prone regions. The trans-Pacific fiber network also provides critical route diversity to the Northern Pacific route between Japan and the U.S. Backed by expansive and redundant terrestrial networks connecting cable stations and data centers in California, Guam and Hawaiʻi, SEA-US strengthens Hawai‘i’s position as a key strategic hub.